Mark Twain’s Jim one of the principal characters in his famed novel, “The Adventures of Huckleberry Finn”, and the real life personality of Frederick Douglass the great abolitionist had much in common. They represented the rise of the black American community in Southern America in the 19th Century. A study of the biography of Frederick Douglass and his initial rise from a slave to an abolitionist very vividly portrays the trials and tribulations that a black American had to undergo in those times. (Douglass, 2004). Douglass also had the courage to pen his own story. Jim on the other hand provides a writers perspective. While their struggle against slavery is the same, the difference lies in the portrayal of resistance by a common man and that by a leader who having freed himself takes upon the task of freeing the entire community. Thus we see many common threads in these two personalities, one fictional and the other real as well as a few contrasts.

The Personalities – Life and Times - Jim

To understand the similarities in the slave life and characters of Jim and Frederick Douglass, it is important to dwell on one principal character, Jim in detail. Jim is the runaway slave pitched along with the principal protagonist of the novel Huckleberry Finn by the same name. (Twain, 1981). Set in the southern state of Missouri in the 1830’s the book provides a fascinating back drop to the seminal events of the times along with a socio political perspective of American inter racial relationship. Jim accompanies Huck in his escapade from the clutches of his drunken father, attempting to seek salvation from slavery. The accompanying voyage of the two, one slave owning white American and the other a slave provides a glimpse of the times when slavery was regarded as a virtue amongst whites in America rather than a sin.

Mark Twain portrays Jim as a humble yet audacious black American, continually referred to as a, “Negro” not in any derogatory sense but this being the common manner of addressing the community in the times of setting of the novel. Jim is a lovable and caring person who is highly sensitive. These qualities of Jim enamor Huck and he vows to save him when he is captured after escaping from slavery despite knowing the consequences of the act in the southern states in the 19th Century. Thus Huck during their escapade comes to regard him with respect as one of his own ilk rather than of different color or creed.

Jim is not an erudite person; however he is blessed with earthy common sense and has the ability to survive in the cruel World through his sagacity rather than intellect. He is also a good observer of nature and understands it much better than many others who are more educated. Thus he accurately predicts the storm on Jackson’s Island through actions of birds. He is also a very good judge of human character and is thus able to see that the duke and the king accompanying them are frauds. He is also noble and maintains dignity at all times, a tinge provided by Twain to denote that there is hardly any difference between the black and the white races in America and typifying a person based on his color may not be appropriate.

Thus Jim provides Huck the benefit of practical good sense required to survive their escapade. Twain attempts to prove through Jim that the white and black man can certainly learn to live and team up together for mutual benefit. By demonstrating that the black man can also act as a father figure to a young white boy, Jim in a way is seen to simplify human relationship. Another stark contrast portrayed by Twain between Jim and the white men is that most of the villains in the book are all white indulging in nefarious acts ranging from theft, murder, lying to conning people, while Jim is portrayed as a man of honor, thereby granting him a higher status which was not envisaged for the blacks in those times. Jim is also shown to demonstrate the ability to absorb considerable pain of discrimination and racist bile in their journey together, another indicator by Twain that black Americans are as capable of patience and fortitude as the whites. This was essential as given the setting of the story, overcoming the sentiment of white racist supremacy is its most enduring themes.

The simplicity of Jim’s character remains a constant factor throughout the novel. Jim is also very trusting, some say gullible. Jim’s devotion to Huck after he is saved by him from slavery knows no bounds; it is portrayed by the writer as the affection between a father and a son. When given the opportunity to get away, Jim prefers to stay on, denoting the extent of his devotion. Twain also perhaps wanted to convey through Jim that black slaves will give back the trust that is restored in them in equal if not greater measure. The strength of character of a black is also denoted by Jim, who refuses to be cowed down when Huck attempts to pretend that Jim has not really found him in the fog but is only dreaming. Through Jim, Twain also provided the Americans particularly in the south in search of an identity for the blacks, their strengths, the earthy intelligence, practical common sense, trust, faith, honesty and devotion. In times to come it was to provide an iconoclastic portrayal of the black American of the 18th Century to the World at large. By showing Jim as a human figure, the eternal stereo type is shattered.

Thus Jim is shown as a humane, practical, firm and resolute person with a high level of integrity and character, the virtues which white men in those times felt were their sole prerogative. It is through this portrayal of Jim that Twain has attempted to create equality between the black Jim and the white Huck. Through acceptance of Jim by Huck, metaphorically, Twain seeks to portray that the white men would have to eventually accept blacks as equals. Frederick Douglass on the other hand proved this premise through the strength of his oratory, erudition and combative style.

Having seen Jim’s character in detail, a comparison between his life and that of Frederick Douglass would be facilitated. Frederick Douglass lived generally during the same period as the setting of Huckleberry Finn, from 1818 to 1895. The trials and tribulations suffered by Frederick as a slave were much more than those portrayed of Jim. However the resolve, the honesty of purpose, the character of both the black Americans in different situations could be seen to a common factor binding their personalities, lives and even their ultimate mission of freedom from slavery.

Despite their difference in status in society later, both Jim and Frederick suffered immensely as slaves. The harsh treatment meted out was the essence of their decision to escape from the cruel drudgery. They both decided to flee their masters and follow a perilous course for escape from slavery was extremely difficult. Both were treated equally brutally in slavery, though Jim was less so as his master was a kindly lady Miss Watson who in fact desired to free him from bondage. As a young lad Frederick witnessed the brutal treatment meted out to his mother and aunt by their master while he himself had to suffer under the notorious slave breaker, Edward Covey in Baltimore. The cruel conduct that they received and their innate self respect and dignity fired the dream of being free in both men and they undertook to defy tradition and run away from slavery knowing fully well that being caught in those times could invite serious trouble.

Jim unlike Frederick never had the opportunity and perhaps thus did not show any interest in learning and education. Frederick was keenly interested in becoming a man of letters. Frederick was aware that denial of education was one way that blacks were being kept as slaves. Thus he vowed to teach himself even as a slave. The impact of these decisions was that he became politically inclined and his readings fired him not just to free himself but the entire community. Thus he was to even take on teaching a group of young blacks at the tender age of 15 years. This urge to educate his fellow beings continued to dominate Frederick’s life in the years ahead and at every opportunity despite being a slave he attempted to teach fellow blacks. Frederick was also subjected to the ignominy of frequent beatings and inhuman treatment, but he lived through it with equanimity. Jim on the other hand neither had the chance nor the desire for formal education, though his practical common sense was as relevant in the course of his life as the education of Frederick.

The circle of Jim’s influence in the novel was limited to that of his fellow escapee Huck and his friends. While as a character in the novel, Jim continues to inspire many generations after him, Frederick on the other hand was one of the foremost leaders of the abolitionist movement in America even in his younger days. While Jim was saved from slavery by the kindness of his friend Huck, Frederick fought his way out of slavery providing inspiration to his fellow beings. Even as a slave, Frederick unlike Jim had an opportunity to educate, which provided him the necessary intellectual capital which was to make him one of the greatest abolitionists.

Contrasting the manner of how they earned their freedoms would also indicate the difference in circumstances of slavery of the two. While Jim was freed due to the kindness of his friend Huck and the death of his original master Miss Watson, Frederick freed himself by escaping to New York. Thus while they had the urge to be free, Frederick also possessed the requisite intellectual and social capital to adjust to a totally alien but free society in New York. To a large extent thus, Douglass could be considered to have charted the course of his own freedom, through his concerted efforts at erudition and learning, through the influence of mentors as Garrison, the white abolitionist leader and his bold autobiography in 1845. Jim had no such intellectual pretensions to freedom, though in their mind sets, in their inpidual pride and dignity they were similar.

The portrayal of Jim in Huckleberry Finn through his trials and tribulations indicate the strength of character, the will to persevere and the dogged determination as well as the earthy intelligence of the southern slaves of the times. Jim was a man of great practical sense, who could endure privations, could discover the truths of life and lead Huck to safety. His life as a slave was so treacherous that he had an urge to leave it but physically perhaps it was not as demanding as that of Frederick Douglass, who many times escaped death at the hands of his masters or the white ship builders in Baltimore. Frederick Douglass’s determination to be the leading light of his community in their quest for freedom proved his inspiration. Jim on the other hand was satisfied with freeing himself from slavery and preventing scheming people from harming his ward, Huck. The quest for freedom from slavery between Jim and Frederick was thus common, though the path they attained was contrasting. 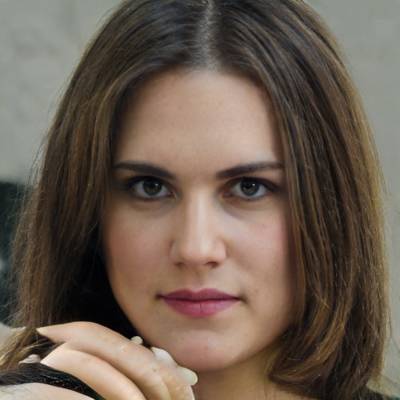 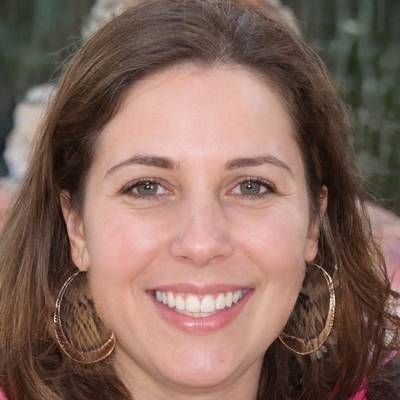 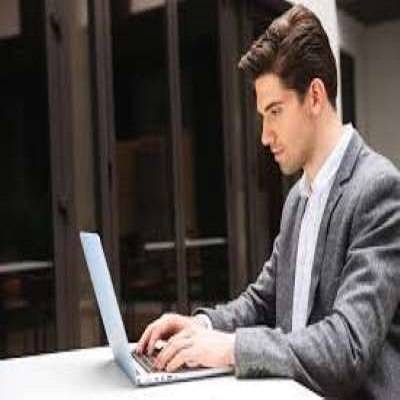 EssayLab.com is owned and operated by Oceonica Corp, WY, USA.