Race and your community

I am a 54-year-old Caucasian male currently based in Afghanistan where I am working as an independent contractor. Before changing base, I resided in Clearwater, Florida where I served at the Pinellas country sheriff’s office until I retired. From a career viewpoint, I would say I have vast experience in law enforcement and the military as I have spent forty-three years of my life building on this career path. The remaining thirteen years I have spent in the reserves. This paper will analyze factual and current situation on community relations in Afghanistan from a personal account

"Race and your community" topic?

The human interaction in Afghanistan have been strained particularly the relationship between Americans and the Afghanis tans. Perhaps the perpetrating factor behind this racial discrimination is the September 11 terrorist attack and the response of the United States government in the United States led attack against Taliban and al Qaeda forces. I have had first hand experience of racism on a few occasions, which I shall share in subsequent paragraphs.

The community around me is comprised of Afghanistan Sunni and Shia who are predominantly Muslim by religion. The Afghanis are white skinned and dark haired. They look like Asians and it is not hard to distinguish an American from an Afghani. I have blonde hair and grey eyes. I suppose these features make the standout form the Afghanistan crowd. While this distinction is a desirable and helpful attribute in life, here in Afghanistan it works to my disadvantage. The community around me is known for racial intolerance as the Afghanis usually look down upon other races. Profiling based on race is rampant and incidences of assaults and muggings motivated by racial intolerance are the order of the day. The racial discrimination so badly affects my community such that, afghans do not share the same facilities such as; cinemas, hospitals and even educational institutions with the racial minorities. Such segregation is also very evident in schools and in the transport sector as well as in getting employment opportunities. (Brown, N. 2001). The situation worsened to such high levels recently such that it became very popular to see outbursts and conflicts between people of different races fight in public. In Afghanistan, there are no community leaders but representatives in there place. The representatives in my community are especially hostile to people like me. Allow me to digress from the subject shortly, but it is funny that I should say people like me because it is indeed subjective. I often wonder, what is the color of a person or the texture of his hair? Are we not all human beings with red warm blood flowing in our veins regardless of color or race? As I was saying, my community representatives are not friendly. One encounter I had with leader in my community left me baffled. Last month, I needed to transport some cargo from my workplace to a reserve a few kilometers away. I decided to use a chartered flight as it was the easier option. At the airport, the custom officers did not want to listen to me. I offered them some money to speed up the process but they would not hear me out. I was asked to seek a letter of recognition from the local leader whom I went to but turned me down. It seems that the image they got from their media about us often were of people who are dangerous to live with therefore should be stunned. My convincing proved fruitless, I had to transport my cargo by road, and it was not a good experience.
The other members of the community have mixed reactions about foreigners in their country. Others tend to be xenophobic while others are friendly. The xenophobic usually show outright contempt and dislike of foreigners. They fear that we, read foreigners, have come into their country to take away their resources and jobs. Interestingly, xenophobia and racism are terms that used interchangeably and in my case I fail draw a line of distinction. Whenever I visit any state office where leaders are from my race they are quick to serve me. However, I must admit that whenever I visit offices or departments where leaders are from another race, I get a rude treatment. It is like, a payback time for them. This is disgusting in that it is as if the issue of racial discrimination is a vicious cycle, which never ends. People revenge in all manner of ways whenever they get an opportunity to. Another incident that perplexed me was a time I run out of cartridge for my photocopy machine. I had to get some more cartridge and fast. Being a holiday, most shops were closed. (Harrison, F. V. 2005).The only nearby shop was in an interior location dominated by Afghans community. I decided to rush there despite warnings from my American friends. The people in that village looked at me coldly as though I had three eyes. I felt uncomfortable and I left, without the purchase.

Racial tensions in Afghanistan between sub ethnic groups and foreigners have sharply increased compared to the past three past decades. Incidences of racial and ethnic discrimination were few and demonstrations by the racial and ethnic minorities fighting for their rights were incidents that were unheard. Racial ethnic minorities have been for a very long time, been sidelined and discriminated in job opportunities and other spheres of life by the majority the dominant tribe, the Pashtun. However, in the major towns all races have in the recent past improved in terms of their interracial relations with the Pashtuns who had previously been discriminating the racial ethnic minorities beginning to realize the importance of mutual racial ethnic coexistence as well as the importance of racial equality. Evidence of improved interracial relations in my community is demonstrated by; the fact that, any member of the community can now access goods and services such as job employment, public facilities in any major city. However, in the reserves racial discrimination persists although in a salient manner. I feel that the media has a great challenge ahead of it in order to abolish this pointless war completely.

However, the two cases are above are not to conclude that all members of the community are hostile to foreigners like me. I wish to clarify that I have had fulfilling interactions with some community members I have business partners who are Afghanis and they treat me as one of them. They help me network with others and this has helped my contractual work easy. In another incident, a friend of mine reported a case to the law enforcers he was told it would be investigated but nothing actually took place. The only reasonable conclusion as to why the police never acted is the fact that my friend was an African American. As I interviewed my friend, it emerged that, the feeling amongst majority of the racial minorities is that, the interracial relations in the Afghanistan community still need to be addressed, as there are many racial minorities’ community members who are still discriminated against by the authorities and especially the police department.

The media is a powerful tool and in the past, many problems have been solved or corrected using this tool. By educating people on ills that degenerate society, the media narrows the gap created on racial lines. The media in Afghanistan tries to represent us fairly and I believe their level of professionalism is commendable.

Radio stations and televisions usually host people to talk about racism and the ills associated with it. The newspaper also publishes articles on the subject. By raising the awareness among people, it helps to dispel myths and beliefs that perpetrate racism and over the recent past, I have seen positive change in the interactions between the community members and foreigners.

There are similarities between the people in leadership positions and we foreigners are that we both are value peace in Afghanistan. Foreign investors such as me are interested in peace since our businesses flourish in peaceful atmosphere. On the other hand, the leadership is duty bound to enforce peace within the country. This common interest should be the unifying factor between us. The key differences between us foreigners and the leadership is purely that of race. I fail to understand why humanity chooses to be so shallow in our interrelations and thus un-accommodative of others.

If I could resolve any inequities within my community a leader in my community, I would put in place the following measures to eliminate all forms of racial discrimination, which continues to threaten the peaceful coexistence of members of my community. My winning strategy would involve ensuring a discrimination-free community. I would set up a special committee comprising of members from all races to investigate all cases and allegations of racial discrimination reported in my community. I would also start programs that would aim at creating public awareness in learning institutions and other institutions where racism is rampant in Afghanistan. I would also change our perceptions about ourselves as the human race. This is because it is the first step towards addressing this vice called racism. In order to change people’s attitudes, I would start sensitization programs through holding brainstorming meetings with other community representatives, holding an open day event, which brings about all community members from all races to allow all community members an opportunity to freely express themselves. I would liaise with the media and urge the media to broadcast balanced coverage that promotes positive interracial relations. (Kivel, P 2002) There are not enough laws to protect the racial minorities from discrimination. As a result, the problem persists mainly due to the fact that, community members in Afghanistan have yet to change their negative attitudes and stereotypes they hold towards members of other races.

Human interrelations have indeed been racialised. The twenty first century does not have any place for racial discrimination and it is a high time that, members of my community and leadership realized that, there is a lot of potential in cultural diversity and therefore we should coexist peacefully. Fighting racism is not a one man’s show and community members and representatives in Afghanistan should put every effort in the fight against elimination of all forms of discrimination in the community.

Learn more:
Symbolic Interactionism and The African American Identity Saving the Rainforests: Saving our Future No Child Left Behind 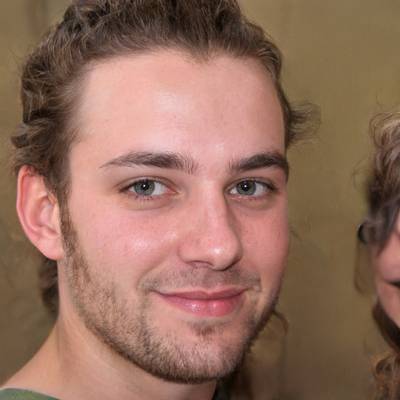