“This tension between freedom as the power to participate in public affairs and freedom as a collection of individual rights requiring protection against governmental interference helps define the difference between two political languages that flourished in the Anglo-American world” (Foner, chap.1). Foner proceeds to distinguish the different labels and definitions of freedom from the time of Revolution and onwards. He points out the consequent ideologies which seemed to differentiate shades of meanings of liberty and freedom and the how people from each particular significant era tried to characterize and argue what that certain period lacked or pursued. There was British liberty and American liberty- constitutional freedoms; religious (moral and evil liberty) and gender as well as racial and political freedoms among others.

To start with, during the “Progressive Era” the government can twist trade and industry instability into a ticket for the large-scale and stable development of power so that a big cohesive group exists. The opening years of the twentieth century witnessed tremendous economic growth, but with it was also immense unpredictability. There was nothing mystifying about this: America was still then an emergent country, and economic advancement in no way arises in a straight upward-sloping line. Facts, preferences, and circumstances vary. As some quarters climb, others go under, tearing down the prospects of some business investors and employees. Since growth is the product of individual action that takes place over time, changes to displacements can never be immediate. Consequently advancement unavoidably was irregular, and some endured privation while (but not necessarily because) others thrived. Paradoxically, because of the extensive economic progress, those who lagged behind stand out more starkly and attracted more consideration. (While the entire populace was destitute, the crisis of shortage was hardly ever known or broadcasted.)

Finding scapegoats amongst those flourishing in commerce was appealing. However, most of those beset by uncertainty and job loss were far better off than they would have been in the hardship, stagnation and hopelessness of feudal or state-controlled markets from which they or their ancestors had gone from. In order to expand the material conditions of civilization chiefly those most disadvantaged, there is no replacement for the dynamic power formed through the deliberate peaceful dealings of individuals. Many historians paint American history into a series of frontier experiences, each of which as a revitalizing democratic system. In his book The Story of American Freedom, author Eric Foner puts forward a different yet basic theme which is freedom.

The account as Foner comprehends it starts in the midst of the American Revolution, at what time grown white males contend for the Jeffersonian scheme of freedom critical of British power. Years later, the ultimate paradox on freedom happened, which was of course the confinement of almost every black American in slavery. The Civil War temporarily cut off their servitude, but the blacks who remained in the South remained who remained in chains for more than a century. In the meantime, America’s women when not enslaved underwent various huge limitations whether these may be social or legal restrictions. It was in 1920 with the Nineteenth Amendment that these women experienced immense privileges and benefits. Furthermore there were the masses of manual workers.

During the industrialization era prior to and particularly after the Civil War discovered themselves toiling for pittances. They also became trapped in their jobs due to the shortage of employment; they survived as the ''wage slaves'' of their period. Bringing into that picture were the Mexicans, the local Indians and the ''natives'' of the places transported during and after the Spanish - American War. Nevertheless freedom, according to this latest view, was uncontainable; it cannot be set aside. Breakthrough came with the New Deal, by means of its stress on federal aid and a system of government to assure its liquidity. On the other hand, the Cold War, in which the challenge set by Soviet Union, a nation with weapons of mass destruction, challenged the Americans to pursue and ascertain their fight for their own freedom, especially by means of the civil- rights movement of the 1960s.

Conclusion Freedom in the history of America and world in general has been either a reality enjoyed by many while others consider it only as a cruel joke to life. In this monumental book, Foner showed that freedom is not only “… the simple unfolding of a timeless truth but an open-ended history of accomplishment and failure” (Norton, W. 1999). Its force rests in the hopes and sacrifices the whole gamut of Americans society, illustrious and unknown, who have sought after freedom's approval. Its meaning is fashioned not only in Congressional contests and political discourse, but in the countryside and protest lines, in commercial districts and private places. Its players include Thomas Jefferson, Frederick Douglass, Elizabeth Cady Stanton, Franklin D. Roosevelt, and Ronald Reagan, from former slaves in quest of real significance into liberation to the union federation, and women's rights activists of our age. Foner acknowledges that freedom is one and the same with liberty. From the Revolution to the succeeding eras, (as quoted these days in Columbia University’s blogs “one man’s terrorist is another man’s freedom fighter”) one man's (or woman's) freedom could be another's servility. Foner's book is encrusted in intricacy. It comes close to genius in connecting the labors of many Americans to further freedom for everyone and of others to advance it for themselves. However his study somehow falls short of explaining the present-day stature of our country as the world's best-functioning economy and democracy and its only surviving superpower. 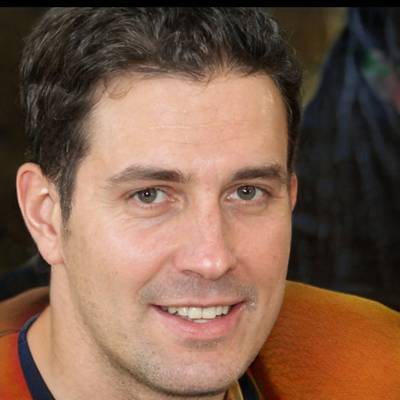