The World of the Vikings

The Viking Age is by far one of the most popular ancient eras known today, not only for its rich mythology but also for the Nordic settlement being a unique society. Prose and poetry such as eddas and sagas are testimonies of the remarkable stories of such settlements of the Viking Age (Cornish). The story of Egil Skallagrimsson, which is believed to have been written by Snorri Sturluson, is in fact only one of the many sagas that tell the tales of Viking heroes. Although the story basically tells of Egil’s tale, as a saga it included accounts of two generations before and after Egil was born.

"The World of the Vikings" topic?

Some of the characters from these generations are more or less similar to another character in a separate period. Kveldulf, Egil’s grandfather, for instance, was somehow reincarnated in the persona of his son, Grim, and his grandson, Egil, through the similarities in physical appearance and talent in poetry. Thorolf Kveld-Ulfsson, on the other hand, was not at all like Kveldulf, his father, save for height and strength. Nevertheless, it was as if another Thorolf existed after he died, through Thorolf Skalla-Grimsson, his nephew by his brother Grim, who was also his namesake. Like his uncle, Thorolf Skalla-Grimsson was handsome and popular, and they both won the hearts of men.

The first half of the story of Egil revolved around his elder relatives, but there were also pivotal characters that were not of his kin. King Harold Fairhair, for instance, played an indispensable role in driving the events forward. His dream to conquer all of Norway made him engage in numerous battles, bidding him gather allies. Thus, through this king’s efforts, many characters’ paths in the saga crossed. One of these meetings even drove the story further. This segment in the story rendered the Sons of Hildirida, Harek and Hærek, significant for having brought about the death of Throrolf Kveld-Ulfsson.

Though it appears male-dominated, the social context of interaction within the particular settlement in the story of Egil includes a rather interesting depiction of women in marriage. They basically do not have the power to choose husbands; the men do it for them. Asgerdr and Sigurd, Thorolf Skalla-Grimson’s and Thorolf Kveld-Ulfsson’s wives, respectively, for example, whose husbands have fallen in battle, were made to marry the next of kin, in this particular case her husband’s brother.

However, the premise that women more or less stay at the sidelines of the arena of the story is understandable in such a saga of a Norse hero, for such is, more than anything, a tale of violence and battle. The social context of the interaction of the characters in the story of Egil is characteristic of Viking conventions that is, often brutal and violent, given that the Vikings’ way of life include freebooting, piracy, and occasional battles. The brutality, however, as typical of a Nordic society, is treated casually, like an everyday event (Bryson).

In Egil’s Saga, an example of such a circumstance is when Egil’s mother even praised him for having killed a playmate at such a tender age of six. Nevertheless, this is also one of those events in the story wherein a family-oriented norm is exhibited in the social context of interaction among characters in the story. Egil’s Saga, in fact, even included a tale of revenge, wherein Grimur avenged the death of his brother Thorolf, as it filled him with sorrow. The concept of family ties was also stark during an earlier segment in the story, when Kveldulf refused to be of service to King Harold when the latter was inviting the former to become his ally in battle, and Kveldulf also disapproved sending one of his sons. The solidity of blood relations was exhibited more so when the Kveldulf’s youger son, Grimur, also refused the king’s offer, asserting that no one but his father is his liege.

The social context of interaction in the story also showed a significant reverence of friendship. This was shown particularly between the sons of Kveldulf and Kari, and more so between Thorolf and Bard, wherein the latter bequeathed the former with all his property, including his wife, before he died from the mortal wounds he had obtained from battle. This also exhibits an implication regarding the politics within the Nordic society, for it shows that a man may rise to higher dispositions given material wealth, if not favorable grants or appointments by the king. In the same way, a man may rise to power through conquests from battle, as was the case of Harold Fairhair. Personal attributes can also be a factor, such as Kveldulf’s wisdom and Thorolf’s attractive appearance and magnetic and energetic personality, respectively, which made them respected by the community.

As a saga, the story of Egil, though mainly about Egil’s extraordinary persona was formed through the interrelationship of events and characters from generation to generation. The buildup of Egil’s heroism was told from his roots to his sons, and as typical of a family saga, the tale of Egil forebodes a continuation from where the prose ended, for the usual concept of a family saga is not only its considerable length, but also the notion that it can never actually be finished. It does not necessarily follow the projections of an organized plot; rather, it tells of events and characters in a chronological fashion, although it appears random nonetheless.

The essay of Egil basically tells the tale of his family, from his grandfather, his father and uncle, himself, his deeds, his relationships, and his sons. As can be expected, the story was also driven forward by external conflicts, other characters, and the interrelationships of these with Egil’s kin as well, not to mention staves of poetry which, all in all, completed the saga and made it one tale of an extraordinary being that will never be forgotten. 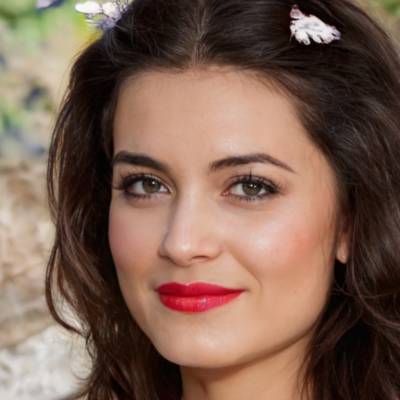