Theory or theoretical perspective in the research

1. What theory or theoretical perspective was used in the research?

The research was based on the theory that foreign-born children and adolescents relatively have a harder time adjusting and academically performing in U.S. schools as compared to other native or U.S. born students. The research built on previous research indicating that foreign-born teens are relatively less successful than native-born teens. This is the presumption that they often come from disadvantaged families and are subject to the dislocation that comes with moving. They have to be able to adjust culturally, socially, and emotionally. Moreover, they often also have to cope with discrimination or stereotyping of the local or native residents.

"Theory or theoretical perspective in the research" topic?

In the research, the change in academic performance of foreign-born high school age youth was examined over a period of a decade. Several factors were also examined to determine their relation to the change in school outcomes.

Essay writer professionals propose: Entrust Your Essay Paper To Us And Get A+

2. List the hypotheses or research questions given in the article.

The research examined whether foreign-born immigrant youth are improving in terms of educational outcomes, specifically in terms of their dropout rate and English proficiency. The research hypothesized that with the increasing numbers and more dispersed geological distribution of foreign-born children and adolescents, their performance in school had been generally improving, due mainly to compositional changes as well as changes in family background and demographics. Several questions asked in the research were:

3. Describe the research design of the study in detail.

The study made use of the quantitative research design, which employs mathematical models and theories dealing with numbers or anything measurable to measure relationships (Wikipedia). The quantitative research design is often used to determine relationships between variables in a population (Hopkins). In this case, descriptive statistics using already existing survey results from the U.S. Census Bureau was used to find out whether foreign-born youth are faring better in U.S. schools. The research compared the dropout rates and English speaking proficiency of foreign-born students and U.S.-born students between 1990 and 2000.It also examined the possible causes behind the improvement.

4. What method of data analysis was used?

The research used mainly descriptive statistics to show trends in various components of the study. Using already existing data from the U.S. Census Bureau, they illustrated the influence of family and demographic background on school outcomes of foreign-born youth. They were able to relate the improvement of foreign-born youth to child poverty and to the parental education level.

The research used a variety of statistical tools to test its hypotheses. One tool it used was the multivariate analysis. The multivariate analysis is a technique used to analyze data stemming from one variable (CAMO ASA). The study used this technique to determine how much of the improvement of foreign-born youth were due to changes in their family background and demographic characteristics.

Another tool it used was the standard shift-share analysis. The shift-share analysis is often used to decompose the different elements contributing to the growth or decline of regional industrial employment (“Shift-share analysis”). The research used this method to determine whether the change in the country of origin composition had any effect on the improvement of foreign-born youth.

5. What were the findings of the study?

The study found that school outcomes had improved for foreign-born teens during the 1990s. The Census data revealed that fewer immigrant youth dropped out of school and English proficiency had become somewhat better.

6. What does the author conclude from the study?

The author concludes that more immigrant teens are staying in school, however, no evidence suggests that U.S. schools are doing well at developing these children’s English proficiency.

7. Very important: give your own assessment of the article--was the research sound? Why or why not? If you had to do a similar study what would you do differently?

If we look at it based on data quality, I would say that the research was sound since it relied on public data, and had a relatively large sample size. Having a large sample size decreases the sampling error, and makes the data more accurate (Trochim).

However, a lot of aspects make the research seem unsound. One is the structure of the paper. The paper does not make use of the basic structure of most research, which follows the basic steps of literature review, statement of the hypotheses, discussion of the methodology, presentation and analysis of data, and then the conclusion. The paper was not well organized, and data was scattered in different sections making the research appear incoherent and inconsistent. This would perhaps be one thing I would do differently should I conduct the same study. I would state my hypotheses and my findings clearly. Much of the information presented in the paper was repeated in various sections. And the labeling of the sections was confusing as well. All in all, I had a hard time understanding the paper because the data and information were not very well organized and the hypotheses were not clearly defined. 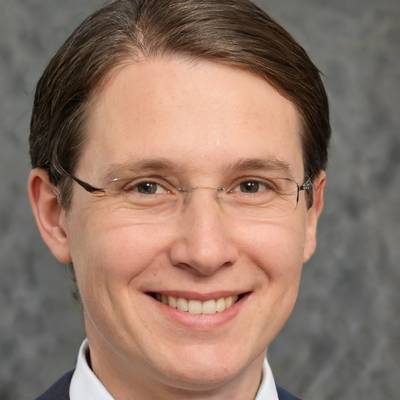