Savant syndrome is a barely understood phenomenon that occurs in certain inpiduals. When people hear the word “savant,” they usually think of someone with outstanding and untrained abilities in math or music, like “Rain man.” However, this is just one form of savant syndrome. There are actually many types, and many different people can experience it in different ways. It is also highly correlated with people with autism, something that is actually very true.

Autism is a brain disorder with no known cause, although there are currently theories. Genetic predisposition is one theory; environmental causes (including vaccines) is another. However, regardless of cause, autism is a well-documented mental illness with many different therapies. Autism is usually diagnosed in children between the ages of 18 months and 4 years. It comes in many forms and severities, and is usually diagnosed along a spectrum. Mild autism is called Asperger’s syndrome, and usually affects children primarily in their social development. Severe autism can cause children to function at very low levels, including no speech, unable to toilet train, and have violent outbursts. Everything in between is also normal. For an unknown reason, boys account for about 80% of autism cases, although girls can be more severely afflicted if they do have it (Cohen 1998).

I'm not in the mood to write my essay online. I want to spend time with my girlfriend

Some of the unique features of autism include a high level of receptive language and a low level of expressive language. That is, children understand far more than they can say for themselves. This is one reason why echolalia (speech in which children repeat what they hear, speak in stilted ways, or use incorrect pronouns, such as “Do you want juice” instead of “I want juice” because they do not know how to process and use language in a normal way) is prevalent among some autistic children. Theories on this include that the brain is scrambling the messages somehow, or that there is so much sensory input occurring at any given time that children cannot make sense of all the information at once. Autism is heavily a sensory-processing disorder (Cohen 1998).

Savants can come to happen in a number of ways. First of all, about 50% of known savants are autistic. The other 50% are from CNS head injury patients or people with other developmental disabilities (Hiles). An overwhelming majority of people with autism have savantism in comparison to people in other categories. About 10% of people with autism are savants compared to less than 1% in other groups (Edelson). This is why the correlation between autism and savantism is so strong. Although a high number of people have a form of savantism, only 50 cases of prodigious savantism are known about at this time (Hiles). “True” savatism is quite rare.

There are certain abilities that savants can have; savantism occurs only in six different areas. These areas are fantastic memorization, the ability to calculate numbers, musical talent, artistic talent, and ability of easily learn and remember languages (Hiles). The most memorable of these are memorization, calculation, and musical talent. There are stories about autistics who can remember which day of the week any particular date fell on, dating back fifty or a hundred years, and also going several decades into the future. Scientists have described these people as “it’s as if they have memorized a calendar.”

Some stories center around people who can multiply large numbers in their heads without even seeming to think about it. And still other stories center around people with no musical training who become amazing pianists, and who can memorize and perform a song after hearing it only once. Such stories have been feature in books, movies, and television shows frequently and always with fascination.

Dr. Hiles shows an example of a savant named Tim. Tim is over 40 and lives in a group home, where he has been for some time. He is deaf, cannot speak, and shows “autistic-like” qualities. Tim is only able to communicate through a special form of sign language that he has recently learned. Prior to learning this communication system, Tim was often violent with others, likely because of his frustration with his inability to communicate. Now, Tim is very friendly and initiates conversations with others. Although it obvious that Tim is below average in many areas, Tim is an excellent artist. He can draw well from life and from memory, and can reproduce images months after he has seen them. Dr. Hiles classifies him as a “talented” savant, and possibly even a “prodigious” savant, because he does so well in this area.

Daniel Tammet of Britain is another savant. There are several areas in which his functioning is poor. For example, Tammet cannot drive, or even walk, because his coordination is very poor. He says that spatial relations are difficult for him, and that he has to pay attention carefully to how his body is moving so he can walk without falling. However, he also has some amazing abilities. He is good with numbers and knows “pi” to over 22,000 decimal places by heart. He is also amazing at learning languages (the rarest form of savantism), and learned Icelandic, one of the most difficult languages in the world, in only seven days. His case is certainly extraordinary, just like many others (Moran and Bourin).

While scientists do not know exactly how a person becomes a savant, they do have some theories. Dr. Edelson believes that it is impossible to know why it is caused, and that scientists will never understand it. He does, however, have this to say about it: “these inpiduals have incredible concentration abilities and can focus their complete attention to a specific area of interest.” This means that inpiduals with savant syndrome can completely focus on their gifted area without any distractions at all. It would be as if they could not perceive anything from other senses while they were absorbed in the activity at hand.

Other theories include that since all of the types of savantism are processes located in the brain’s right hemisphere, that savantism results partially from a weak left hemisphere. From studies with epileptic patients, where brain damage can occur as a result of repeated seizures, doctors know that the undamaged parts of the brain can take over for the damaged parts. In a few cases of severe epilepsy, doctors have cured it by doing a hemispherectomy – that is, removing half of the person’s brain (Sabbatini).

There is more support for the theory that mixed-up or damaged brains play a role in savantism. In one documented case, a little girl named Nadia could draw extremely well. However, as soon as she learned to speak, she lost her ability to draw (Hiles). It is possible, from this example, that when the brain must focus on more things that it loses the ability to concentrate heavily enough on the savant area in order to maintain the talent. There is other research that has suggested when a person with brain damage has had surgery to remove damaged parts of the brain so that the brain can regenerate, the savant ability was also lost. Such a case was featured on the hit show House in a recent season.

Sensory perception issues may all be related to savant syndrome, another reason why autism is so heavily correlated with it. In addition to the usual sensory problems that people with autism have, autistic savants can have synesthesia, which is “an involuntary joining in which the real information of one sense is accompanied by a perception in another sense.” That is, if a person hears music, he may see a certain color. Or, as a person is touching something, he may hear a certain sound. These sensory perceptions are not real, but are manufactured by the person’s brain. This ability may play into an artistic savant’s abilities, because s/he can perceive art in a way that most people cannot (Steen et al).

Savantism primarily remains a mystery, and a fascination to most people. Cases will continue to crop up, and people will continue to watch. Savants have been featured on news programs several times, like Daniel Tammet’s story, above. Scientists will continue looking for reasons for savant syndrome to occur, but the fact is, we may never know. Savants have drastically different perceptions on the world that other people cannot imagine or truly understand. The same is true for autism. Perhaps in time, scientists will find a way to “crack the code” of what makes someone so different, but the likely truth is that the scientists’ brains just don’t work in the right way to allow them to understand the perceptions and thought processes of savants.

For now, savants will remain a mystery, and people will continue to watch in awe. 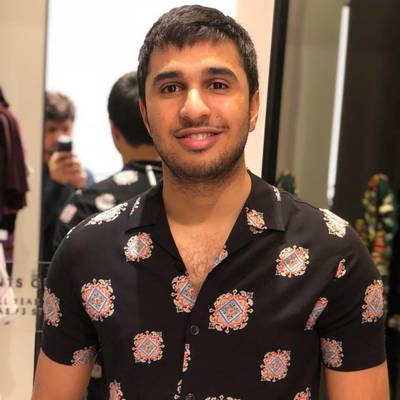