Such determination as “national character” you can feel more distinctly, when you are in touch with the culture abroad, especially when you live in that country. You can feel all peculiarities and national traditions in comparison of those you live with. I have a feeling that appears unintentionally, that people, who live in different countries, are different, they are not similar, they react in different way to the same events and they behave themselves in different way; they even differ in outward appearance. All these give the idea that there are some peculiarities which have different nations all over the world.

Without any doubt, examining of a problem of national character is very difficult to process, - you cannot touch the character and you cannot measure it. It is shown internally; it is hidden in relation to the external environment, in the manner of behavior, in ways of communications, in passions and way of life, in traditions and habits.

I lived I Russia for six years and I want to tell that I love that country. It is quite different from all the countries I ever seen and I loved its traditions, although sometimes they can seem a bit strange and amazing. In Russia a husband is usually the head of his family. Their families are not very big – an average family consists of a man, woman and one- two children. Sometimes they live with their parents (it is usually concerns young people, who don’t earn money enough to but the house) and usually they live with parents of husband. The roles are as follows: the husband earns money and the wife takes care of children, still, during the last several dozens of years women are more active in social life and like to earn money themselves to be more independent. Parents usually control behavior of their children, but teachers in schools/colleges also play important role. Usually boys and girls intercommunicate together.

There are some traditions and prejudices concerning death. For example, Russians believe that soul of a person is together with you 40 days after person’s death and that it communicates with you all this time. Actually, Russians are not very religious, although they are religious (Mostly Orthodox Christians) during the last dozens of years. After collapse of Soviet Union, when ideology lost its validity, people wanted to have some substitution to communist “religion”. So many of them became Christians and some of them joined other religious communities. What is quite funny is that some people, who were very active in communist party, as communist leaders, started to be very active in religious life and created some kinds of religious communities.

Russians are very friendly; they love their neighbors and very often celebrate different holidays together with their neighbors. They are active in communications and love outdoors; they love to spend time with friends and in places where there are a lot of people. They love to eat and to drink alcoholic drinks. The most famous is vodka and there are legends about Russian “banquets”, where they make so much food that they are not able to eat it more than several days. They know how to live and they like celebrations. Actually, they have a lot of causes for celebrations and when they don’t have such, they can find a cause “without cause”. It is bright and interesting nation.

The next country I lived after Russia was Italy. I’ll try to give an idea about Italians, how I found them as the nation with their culture and habits. First of all, I was impressed by their communication between themselves. They are very vivid and they speak very fast. They are full of energy and expression, maybe this is the reason they adore football and like other kinds of sports.

The important part of Italian culture is desire to save “Bella figura”. This is a special codex of standards and a principle of external behavior, which is very important for nation, whose life is constantly takes place in public. First of all it includes the manner to wear clothes. The clothes should be beautiful in all life situations. Italian woman never will allow going out for shopping (even if she goes to neighbor small shop to buy some bread) in sport costume or old house dress.

Italians consider a bad habit to go outside with a plastic bag. A bag (even for shopping) should be elegant and suit the clothes. This desire to look beautiful relates not only to clothes, but also the manner of communication with other people. They consider important to show the other people their self-confidence, absence of weakness and doubts, decisiveness and supremacy. Reflexion, which is loved by Russians, is impossible for Italians. Everybody should see that you are the main person, the master of your life, even if you consist of complexes.

The next country my family lived in was America. Actually, I think I love this country most of all. The American nation is very independent; it has rich cultural traditions which are most close to me. My family has traditions of its own and they suit much American traditions. For example, as for education in America and process of behavior, father plays important role in children’s education. My father is smart but strict and he controls education process in our family. We have also some traditions regarding the food - whenever there is a family dinner or lunch we all put the food and plates on table together and always start eating together. The same tradition is in major part of American families, where dinner is an important part of communication between relatives and family – especially when they are gathering together during Sunday dinner – grandparents, children, sisters and brothers, aunties, uncles and their families with their children. All these creates atmosphere of friendly relations which rule in majority of American families.

There is also a tradition to continue work of your father – for example, family business is very popular and when men in the family are doctors (for example), so it is quite likely that the son will be a doctor, too, and will continue his father’s profession. As it is in my family, my Mom’s dad served in the Airforce, my Dad’s dad served in the Marines, my dad served as a Dog trainer in Army, I would also love to go to Army to serve in the Airforce, but I cannot because of some medical restrictions, although I do hope that my future family will continue this cultural tradition.

Americans also like sports and they like to spend time outdoors or in the garden – also my family does. We love tradition to have a garden and my mother spends there a lot of time, growing cucumbers, tomatoes, etc. We also have a tradition to divide the first tomato, cucumber or any fruit from our garden, into three parts, so everybody can have the piece of the first vegetable or fruit.

All these traditions are very nice and every nation has its own features, which are very important and reflect its history and experience. These cultural differences and similarities are interesting and we can at least try to understand them, to feel what it the character, soul, to feel the mystery of their earth and to become a part of it, the part of their culture. 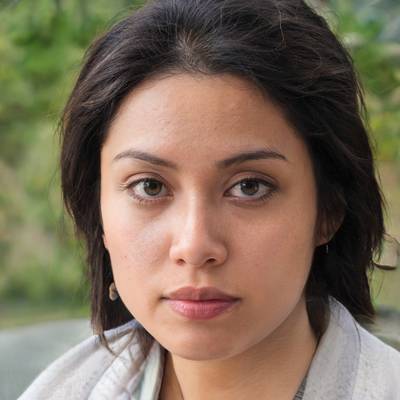