The state recognizes the importance of the family as a basic autonomous social institution. The family is an essential factor in the general, social and even political life. The constant living together of husband and wife, and of parents and children, contributes to the development of a strong and robust state. In recent years, however, there is an increasing number of divorce cases in the United States. Research shows that divorce rates in the United Sates began to increase in the 1960’s which doubled between 1966 and 1976. (Harriet Shaklee) Divorce is a legal proceeding by which the state permanently dissolves the marital bond. For the spouses undergoing a divorce, the legal battle may include the determination of which properties belong to either or both spouses, the separation of their properties, the payment of debts of the family, the amount of support and most importantly, the custody of their children. Divorce is an extremely stressful proceeding not only for the spouses but also for their children. It is usually physically, financially and emotionally draining for the whole family. It is even worse if children are involved. The couple, in the heat of anger and driven by their desire to win, oftentimes loses sight of what really is in the best interest of their children.

This research paper will focus on the issue of custody of the children. The trend in the past years is the choice between two kinds of custody arrangements: joint custody and single parent custody. The current literature nowadays is that joint parental custody is better socially, developmentally and psychologically for children. (Buchannan, Maccoby & Dornbush, 1991, cited in “How Does Joint Custody Affect Children”) This research paper aims to discuss the benefits and disadvantages of both concepts of child custody arrangement. It also aims to challenge the prevailing view that joint parental custody is the best option for the child. I aim to prove that sing parent custody may have better results for children.

When the court issues a decree granting the divorce, it also renders judgment pertaining to the property regime of the former spouses, the amount of support of which one is entitled and the nature of the child custody agreement. The custody may pertain to either physical custody or legal custody or sole custody or joint custody. Regardless however of the nature of custody involved it is generally recognized that the courts are the final arbiter on the matter of custody decisions although it is also true that the courts have upheld negotiated settlements pertaining to custody in the past. (“Single Parenting: Custody Issues”) Research shows that 90% of divorce custody cases are settled by means of the agreement between the couple. (“Guidelines for Child Custody Evaluations in Divorce Proceedings,”)

Importance of this Study

It must be stressed that regardless of the court’s decision on whether the custody will involve joint physical custody or joint legal custody or sole physical or sole legal custody, the courts will always have to consider the well-being and interest of the child. In every child custody case, the competing interest for custody of the parents notwithstanding, the court is the last arbiter which will decide which parent shall have custody of the child. The bottom-line here is the welfare of the child. If what I aim to prove is indeed correct then psychologists and the judges should take a second look at joint custody and should start adopting sole custody.

The Advantages of Sole Parent Custody

It is considered that joint physical custody is very popular as a means of caring for children after a divorce. (Ros Zinner) Ideally, joint physical custody gives the child the opportunity to spend equal time with his parents. The theory here is that the child gets the impression that despite the divorce the family is still intact. It is because of this reason that some believe that children from divorced families under a joint custody agreement are better situated than children who live and interact with just one parent. In a study conducted by R. Glover and C Steele entitled “Comparing the Effects on Child of Post-Divorce Parenting Arrangements” they found out that as a rule, a two-parent intact family is the best arrangement for children, and a shared parenting arrangement is better than a sole custody arrangement, i.e., a two-parent family is better even if parents are divorced. (R. Glover and C. Steele, 1989)

This view is supported by Robert Bauserman, Ph.D., a Psychologist who conducted a meta-analysis of 33 studies between 1982 to 1999 that examined 1,846 sole-custody and 814 joint custody children. The results of the study showed that children in joint custody arrangements had less behavior and emotional problems, had higher self-esteem, better family relations and school performance than children in sole custody arrangements. Also, the studies showed that these children were as well-adjusted as intact family children on the same measures.

In addition, it is generally perceived that joint custody is advantageous for the children in the sense that living in both households of his parents allows children to maintain a strong relationship with parents. It is thought that the availability of both parents enable the children to enjoy the guidance, discipline, warmth and care of each parent as compared to a sole parent custody arrangement.

I believe that single parent custody is more advantages and more beneficial to the child’s welfare. In the past, it was thought that sole parent custody is disadvantageous for the child as he is alienated from one of his parents. It is however believed nowadays that joint parental custody actually does more harm than good for the good. The sharing of custody will only lead to constant adjustment of the child as he is forced to adjust to the schedule and availability of both his parents. The parents must be made aware of the effect on the child, developmentally and socially if the child will be forced to travel from one parent’s house to another under the custodial agreement. Research shows that forcing the child to travel from one place to another on a regular basis will give the child a difficult time organizing his school work and finishing them. Consider the case of a child who is a slow learner. The constant travel back and forth from one house to another affects the stability of the child and seriously hinders the learning process. The child may also have a hard time adjusting to the rules set by either parent. The father may want the child to come home at 10 while the mother may want the child to come home at 8. It bears stressing that the child is forced to comply with the custodial agreement regardless of his desires and wishes. In effect, the whims and caprices of the parents are being followed to the detriment of the welfare of the child.

Researchers have also begun to notice the psychological impact on the child when he is forced to maintain two residences. There are studies that will prove that instead of making the child feel that his family is still intact the constant transition from one parent to another may even exacerbate the child’s feelings of depression and abandonment. The bottom-line is that placing the child in the middle of the custody battle is not good for children developmentally and psychologically. This view is supported by an actual study made by Braver, Elman, and Fabricius. A total of 602 students: 38% or 232 had parents who did not move more than an hours drive away since the divorce, 25% or 148 moved with mother, 26% or 154 remained with the mother when the father moved, 8% or 46 remained with the father when the mother moved, 4% or 22 moved away with the father. The study revealed that moving as little as an hour’s drive away from the other parent was a critical issue in their mental health and attitudes. (Judith Wallerstein)

Further, it is not always true to state that joint physical custody is advisable. In cases of where the child has experienced being abused or neglected or there is domestic violence, drug or by a parent or when one parent suffers from a mental illness, it is far better for the child to stay away from the said parent. Making the child live with a parent who has these problems will seriously endanger the life of the child.

In practical terms, it is also far more difficult to maintain two residences for the child in joint custody as compared to a single residence for the child under single parental custody arrangement. (Mimi Lyster, 2005) Each parent will have to provide for their own set of clothes, toys, furniture and other necessities. The financial strain for either parent is so great that it is believed that based on studies “85 % of the kids from intact families headed to college, compared to 50% of children in divorced families.” (Ross Zinner)

Further, there are cases when both parents cannot agree on the issue of custody. It bears stressing that the reason why the child’s parents separated is because they have issues and they cannot reach an agreement on these issues. It will not be possible for us to expect that the couple will be able to agree about the custody of their child when they cannot even reach an agreement about their marriage. The disagreement and bickering may even become worse due to the wounds caused by the divorce proceedings. Joint custody depends on the agreement of both parents. In order for this custody agreement to be successful, there must be a commitment on the part of both parents to cooperate with each other. When this happens, the judges are forced to make that crucial decision for the parents. This may even fuel the conflict and animosity which already exists between the former spouses such that instead of the child feeling that he is still in a family environment he may actually feel more depressed. In this case, the better option for the child will be single parent custody. This view is supported by a study conducted by Mo-Yee Lee, an associate professor of social work at Ohio State University. The study showed that without parental conflict, children in physical joint-custody arrangements showed fewer behavioral problems than children under the custody of a single parent. But when the former spouses had frequent disagreements, the children were likely to feel sad, actively intervene in the parental conflict, and behave less cooperatively. 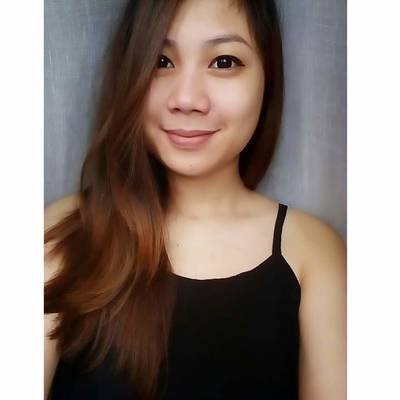