Whoever said that “art for art sake” is enough should think twice.Even in the earlier centuries, art has played a very vital role in arousing social consciousness. Art has been used to express contention over repressive social phenomena. Works of art which depict social issues are more likely to be appreciated than those which are mere expression of the artist’s personal interests.In the United States, during the Great Depression in the 1930’s, the American Scene Painters became known for its works depicting social realism. These social realists are into exposing the social troubles of the urban lower class. With no doubt, we can consider art not just a form of personal emotions but as a great expression of the depressions of the society that we are in.Social realism could be furthered defined as the representation of the struggles of the working classes and the urban poor. Social realist artists basically give chance the voices of the oppressed sectors of the society to be heard.

I don't want to write my paper. Because I don't have the time

Among the forms of arts that are most likely associated with social realism is film making. Given the flexibility given when making a film, the social realism aspect would not come in a hard way. In a nutshell, social realism is simply the documentation of the society.And one of the interesting movies ever made that depict social realism is the movie “One Flew Over the Cuckoo's Nest.” We have heard of movies being praised due to its form, content, and context. But it is a different thing when the movie being praised have garnered the Motion Picture Academy Awards for best picture, best actress, best actor, best script, and best director, there must be something that the critics must dwell into. If a movie like “One Flew Over the Cuckoo’s Nest” got the numerous awards, it must be an excellent work of art.

First shown in 1975, the film was directed by Czech Milos Forman. The movie is basically as allegory kind of film that used a genuine mental hospital as the setting (Oregon State Hospital in Salem, Oregon).The mental hospital depicted a flamboyant, rebellious, and anti-hero guy who is against the status-quo and the institution itself.One interesting thing about the script is that the mental hospital is actually a representation of the Soviet Union.The film fits the definition of the social realist form of art which presents a social reality. This independently-produced film had an enormous profit which tolled to $300 million worldwide.It was also succeeded in sweeping the Oscars Awards by bagging the Best Picture, Best Director, Best Screenplay, Best Actress, and Best Actor. Aside from those, the film also bagged a string of awards given by other distinguished award giving bodies.

It is not actually questionable why the movie bagged so many awards. From the cinematography up to the lighting, the movie is indeed superb.With its lighting director, Chris Davey, the content of the film was justified because of the excellent lighting direction. The bleeping control sole indeed gave the movie an excellent appearance on the film screen. Especially the scene when red lights were present while overhead forks of electricity buzzed magnificently.

The editing also deserves to be praised for the reaction shots, I guess, were carefully chosen. The camera angles were also defined and well-planned. They were chosen to reveal and expose the facial expressions of the characters to supplement the excellent script of the film.The camera angles in a film, perhaps, are one of the most neglected element or part of doing a film. More often than not, we are catered films with poor chosen camera angles and scene shots. The camera angle plays a very crucial role in giving justice to the content of the film. No matter now interesting the plot of the movie may be, if the camera angles are not chosen “properly,” the film will most likely not appear at its “optimum being.”

Since Robert Bersson’s Responding to Art: Form, Content, and Context gave some knowledge on the proper way of looking into the forms of art, I appreciated the film even more.“One Flew Over the Cuckoo's Nest” may be used as an excellent standard of the social realist film that are made. Every gesture or dialogue line to be included in a film serves as a gateway for a larger depiction of the subject. Bresson stressed the importance of these elements which seem to be considered as minor by some film makers.

Meanwhile, Bresson stressed that the actors and actresses, dictated by the written script would always be considered as superficial. After all, they are just acting, Bresson added. In shooting a film, the script or the story should not be confined within their genuine personality. A film must discover another aspect that the actors and actresses “are made of.” This is done to “attain the heart of the heart.”“One Flew Over the Cuckoo's Nest” is indeed a documentation of the society. Along with the basic elements of making a film, the film depicted a highly-important issue that hounds the society during its first release.

Also evident in the film is the direction made by Milos Forman. The actors and actresses were fully motivated. The motivation done to Jack Nicholson for his very challenging role deserves also to be praised.
The shifting of the scenes also provided smooth transitions that lead the audience to expect a brilliant sequencing. The combination of scenes played an important part on the audience’s appreciation of the film.One thing that should also be noted with the film is the musical scoring. Music is a basic element of a movie that should not be taken for granted. We know that music can add up to the emotions or mood that the film is trying to establish. The musical scoring of the movie is also superb.

“One Flew Over the Cuckoo's Nest” is one film that I know that will always be relevant to the society. Although it was made in the 1970’s, the essence of the story is not different from what has happened after the release of the film.Film makers should make movies which are as important and as superb as “One Flew Over the Cuckoo's Nest.” Not only that it offers superb technical characteristics but because it offers a plot that would arouse of social being.Some film makers of today are becoming reluctant of doing films which are social realist in nature. It is not surprising because some prefer a film that is light that they think would garner more profit; those that will not alienate the viewers.

But then, it is not impossible to combine social realism and popular cinema; film history tells us that viewers prefer substantive films which can offer them some ideals with sense.
We have seen a number of social realist films that were released even in the earliest decades. Some have an excellent story but failed in the technical characteristic of the film like lighting, musical scoring, and cinematography, among others.

Overall, the film is gem in the movie industry. It does not only reflect the situation of the Soviet Union during that time but also the issues which hound the different countries that its viewers belong.
This film justifies that a work of art should not only come out because of mere expression of the artist’s personal interests. It is better to produce art works which are relevant to the viewers and to the society as a whole. The viewers will be moved in this way because they could readily relate with it.

“One Flew Over the Cuckoo's Nest” will always be a yardstick with an excellent cinematography and other elements of a movie.This movie is indeed a must-see.

Learn more:
“The Hound of the Baskervilles” Alien Western Film 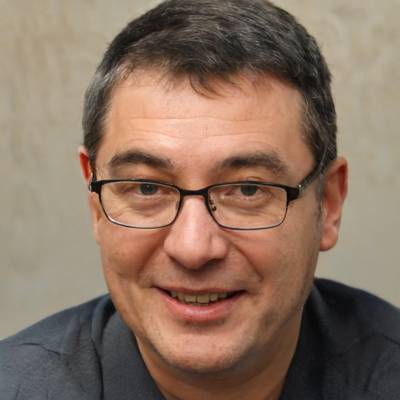