The Influence of Beat Culture

What is Beat Culture?

The Beat Culture, also known as the Beat Movement, originated in the 1950’s as a literary movement among a few New York City writers (mtholyoke.edu, 2006). These writers emulated many of the ideals of the Bohemia of 19th Century Paris. The original beat writers, Allen Ginsberg, Jack Kerouac, and William Burroughs, were a tight knit group of friends who went against the ideals of mainstream culture, both in lifestyle and literature (Burgard). Only later did the beats become known as a ‘movement’ during the 1960’s era of radical change and revolution. The 1960’s were known for powerfully outspoken women, blacks, students, and homosexuals; but all the seeds of these movements were planted the decade before with the beats.

"The Influence of Beat Culture" topic?

The original beats wrote in reaction to the materialistic and conformist America that was developing in the 1940’s. The 1940’s were also characterized by World War II, the Holocaust, and the atomic bomb. Mainly the beats used their art to “. . . both escape from their world and suggest a solution to what they believed ailed that world. . . (mtholyoke.edu, 2006).” The beats were associated with drug usage, sexual freedom, and a wandering lifestyle. The beats basically made a lifestyle out of mocking and rejecting the bourgeoisie. As the Beat Movement matured in the 1950’s, a community of artists, writers, musicians, filmmakers, and actors formed in the café scene of Greenwich Village in New York.Although rejected by dominant culture, the beat writers completely changed the face of American poetry and prose.

The term ‘Beat’ was coined in the late 1940’s by Herbert Huncke, an original beat member, in a New York Times article (Burgard). Huncke, a drug addict and petty thief, defined the Beat Generation as poor, deadbeat, sad, and used (wikipedia, 2006).

However later, this definition was argued that the Beat Movement was religious with ‘beat' meaning beatitude, not beat up. During the 1950’s, many of the beat writers and painters questioned whether “. . . spiritual belief can exist in a world that permits humans to play God through the use of measures such as the atomic bomb. . . (Burgard).” The arts of assemblage and collage became particularly associated with the Beat Culture. These arts were fueled by postwar urban renewal that provided raw materials for artwork critiquing that process. The transformation of so called garbage into art also provided implicit criticism and rejection of consumerism excess.

The Beat Movement spread from New York to Los Angeles and San Francisco in the late 1950’s and early 1960’s. The west coast provided many participants seeking an alternative culture scene and new forms of expression. The San Francisco Renaissance is characterized by the cross pollination of the New York beat movement with San Francisco writers. During this time, Allen Ginsberg’s poem Howl appeared and is now considered one of the most defining and popular works of the Beat Movement.

The Beat Culture was perhaps the most politically engaged cultural movement in American History. Although the Beat generation is viewed predominantly as a literary movement, the generation also produced art that incorporated words and texts, that essentially created a new language of cultural involvement (Burgard).

Broadly, the Beat Culture was the first subculture to be found in the United States. The beats were the first to question leadership and traditional values which produced a break with mainstream culture, an idea people still identify with today. The beats produced a great deal of interest in lifestyle experimentation, notably with sex and drugs; had an influence in the intellectual questioning of authority; and popularized Zen Buddhism in the West (wikipedia, 2006). Some essential long-term effects of the Beat Generation are (wikipedia, 2006):

The Beat Culture laid the major foundation for the 1960’s ‘Hippie’ era. The major transition from ‘Beatnik’ to ‘Hippie’ occurred in 1967 after the Human Be-In at San Francisco’s Golden Gate Park and after the 1968 Democratic Convention (wikipedia, 2006). The transition to ‘Hippie’ was mainly characterized by increased experimental drug usage by many that started with the Beat Generation. The experimental drug usage can be seen all the way through the 1970’s as a universal theme among many developing subcultures of the time. Drugs were important because claims of increased creativity, productivity, and insight were common and believed to be the key influence on the social events of the time.

The Beats were a manifestation of the anti-war undercurrent. As the Vietnam War and Watergate gained strength in the 1970’s anti-war protests were large and fueled by early Beat Culture sentiments. The Beats popularized the questioning of authority and many people later did so at large political protest rallies for decades to come.

The Beats were also responsible for calling for spontaneity and an end to psychological repression. Jazz music was a great influence on many original beats, especially the bop form of jazz. This musical influence was translated into literature by the beat writers. The jazz influence also led many beats to dress similarly to jazz artists such as Dizzy Gillespie; sporting horn-rimmed glasses, goatees, and berets; now the look of the stereotypical beatnik (wikipedia, 2006).

What is known today as ‘Generation X’ could be substituted for ‘Beat Generation” back then. The Generation X subculture begs the question ‘Why don’t these kids grow up and fit in?’ this is the same question many asked of the Beat Generation years ago. The Beat Culture laid the foundation for modern subcultures that will forever be the driving undercurrent in the United States with a “. . . keen awareness that things are often not what they seem. . . (Shakespeare).” The Beat spirit is still significant today and offers young men and women a dream of living a creative life and finding truths for themselves.

The largest influence the Beat Culture had was on the literary world. Poetry and literature were forever changed by the original beats that dared to question other mainstream writers. One such literary phenomenon is Action Poetry. The essence of Action Poetry is speed, spontaneity, and responsiveness to others (Thurman, 2006). Action Poetry includes haikus, poems, and experimental prose that are prominent aspects of literature today. Without the influence of the Beat Culture, much of the creativity with words and pictures in current literature would probably not be present.

The Beat Culture was the first subcultures to develop in the United States. The Beat Movement was the foundation for the more popular Hippie movement of the 1960’s and 1970’s. Although the original Beat Culture members only numbered three, the influence their thoughts, actions, and literature had on American culture has been immense. From current generations, to the current debates on experimental drug use, to modern literature; the Beat Culture has been very influential on American Culture. 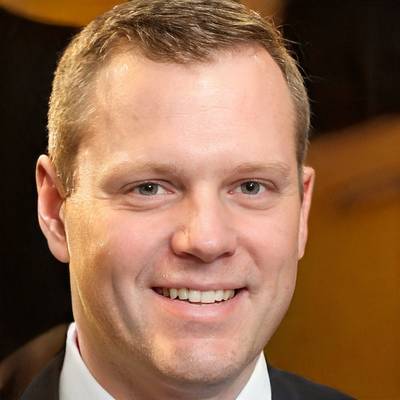