The Legal Versus The Scientific Definition of the Word `Organic’

"The Legal Versus The Scientific Definition of the Word `Organic’" topic?

Everything is going organic in the world, from food items to soaps. There is no time in history when consumers have become so much aware of the effects of the products that they consume on their health. With consumers attentive one what they are buying as a seemingly movement towards the ‘natural’ every item is suddenly turning “herbal” or “organic”. The word organic has become the magic word in the households and the business are not taking any chance about it. Everyday, there is a revolution of a product and it is remarketed with an organic appeal. In supermarket and general stores, all items are labeled organic.

Whether there is real “organic” meaning in these items or whether the use of the term is for consumer attraction remains unclear as we are still struggling to come to terms with the correct definition of the word. Some products may be really organic according to the scientific and legal definitions while others may be really meant to attract consumer by asserting the health benefits of the product. (Consumer Union, 1998)

How much do I have to pay someone to make my paper online?

The term “organic” doesn’t have a standard meaning. The meaning of the term largely varies depending on the context of use whether it is scientific, colloquial, or political in nature. There has been a considerable confusion in the recent past while trying to define the word or in attempt to characterize the product which falls under the category of organic products. The use of the term largely depends on the context under which it is being used. The word has its roots on biology, chemistry and lately, it has found a political definition. Therefore every time you encounter this word, it is advisable to determine the context under which it is being used in light of the three categories since it is the context that will dictate the intended definition. (Global Oneness, 2008)

Of, relating to, or that which affects organs or an organ of the body

Of, relating to, or that which has been derived from living organism

A vegetable, fruit or meat which has been grown without synthetic fertilizers or application of pesticides

That which is simple, healthful or closely related to nature

According to Plant Health Care Inc. (2003) a substance can therefore e organic by chemical definition by it would not be by biological definition. For example, formononetin is used as a stimulant of VAM fungi. This substance has a molecular structure which is based on carbon. The substance occurs naturally in clover and in some other plants but it can also be synthesized through a chemical process in the laboratory and mostly for commercial use. Can we really consider this substance as organic?

Plant Health Care Inc. (2003) asserts that the legal definition of the organic has become important of late due to the increased consumer movement questioning eth effect of consumer product on their health. This has been compounded by the increasing rate of lifestyle disease and the debate on genetically modified foods. The current theory in legal definition of the term organic is intertwined with the concept that the food items which are produced naturally without using any synthetic materials like fertilizers or pesticides are seen tastier and healthier. However not any food that is said to be grown naturally that can fit to the legal definition of the word organics.

There are some rules and legal justification that has been put in place by various countries which defines anything “organic”. The application of the world in the legal world has mostly leaned on food products. The legal definition is sealed through a legal organic certification which clearly lays down the criteria that can constitute organic ingredients (Soil Association, 2008).

What is complicating the legal definition of the term organic? There are many constrains to the legal definition of the term. Most of them are merely political while others require an in-depth thought and consideration before judging their effect on the word. For example, the growth of natural plants will require inorganic components like light, water, carbon dioxide and other minerals. All these components are available in nature but there are problem with their interpretation. While we take water to be natural, can we use chlorinated water to grow plants? When we are using light, must we always relay on the natural sunlight or can artificial light play the same role? Which criteria can we use to determine whether we can use mineral fertilizers and can it be accepted for organic certification? (Stokstad, 2002)

There are some of the questions which are considered merely political since they are only designed to satisfy a perceived distinction in human rather than a biological distinction. Plants are not aware whether they are using artificial or natural light or when the fertilizer applied was natural or manmade.

Plant Health Care Inc. (2003) argues that because of the sensitive nature in the definition of the term, certification programs have become very common in many countries. These programs have also turned to be very elaborate and expensive processes in determining which process or ingredients or chemicals can be considered natural and acceptable. There are stringent measures that a farmer has to fulfill in order to be granted an organic certification although there is a very great degree of variance. For example, it has been observed that in some certification programs, a farmer can actually demonstrate that his soil is in great mineral deficiency and therefore one may be allowed to use micronutrients. However his products will not be considered wholly organic according to legal definition and therefore will have to seek a variance.

The legal definition of the term includes some legally agreed standards that a product must meet in order to be considered as organic. Every country has its own institution that is mandated with ensuring that organic products meet the required standards. It is these institutions which issue farmers with organic certificates. For example the National Organic Program in United States

The national Organic Program is the federal institution that provides the regulatory framework governing all organic products. The organic Food Production Act 1997 provides the guidelines for acceptable legal standards for products which are considered organic. This act also requires the USDA to come with national standards for the production of organic products. In return the USDA has credited other 56 domestic certification agencies and other 41 foreign accredited agencies which offer organic certification services. (National Organic Program, 2008)

NOP operation covers all the details in aspect of food production, processing and delivery, and the use of the products in the retail sales. NOP further assert that any farmer or any organization which want to use the word organic for their product in reference to business and the product sold must have organic certificate. The USDA further provides seals for product which are proven to have at least 95% of organic ingredients.

Therefore in legal definition, we will be talking of organic standards which are rules and regulations which define how any product considered organic should be meet. Organic standards are therefore procedures which sets the minimum amount of components that are expected in an organic product. They are meant to ensure consumer that what they are buying is really organic. (National Organic Program, 2008)

In the modern consumer market, everything is turning organic. Consumers have become more aware of the health effect of what they consumer and therefore manufactures have gone to producing organic items. However the term organic remain controversial. The scientific definition defines organic as anything that has a carbon base and therefore it is anything that is grown naturally without application of micronutrient or pesticides. Legal definition defines the accepted standards that a product must meet in order to be considered really organic. 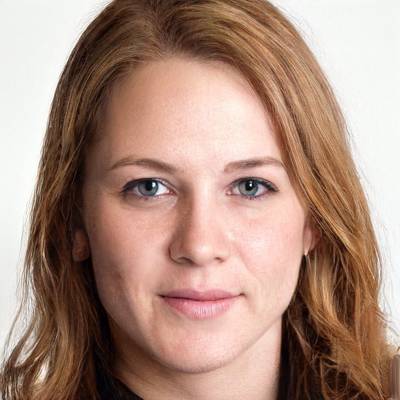