To Postpone or Delay Needlessly

To put off doing something, especially out of habitual carelessness, or to postpone or delay needlessly is procrastinating. I am very guilty of procrastinating; actually it would be safe to say I am a procrastinator. Washing the dishes, calling my mom, or working on my English paper are just a few examples of thing I put off doing. It takes time to do these thing and they are normally things I do not want to do. I would rather do something more enjoyable during that time. I did not think procrastinating was a bad habit, but it has affected my health, my grades, my relationships, my job, and even my future. Being a procrastinator has changed and affected my life in many negative ways.

"To Postpone or Delay Needlessly" topic?

I have always been a procrastinator. Ever since I can remember I have delayed doing something that I did not want to do. I used to hate it when my mom would tell me to clean my room. I would do anything I could that was not cleaning. My mom procrastinates like a professional. She will avoid her office work as if it was going to kill her to do it. I think I learned that it was okay to put off my responsibilities from watching her when I was growing up. Bruner and Piaget well respected educational psychologists; say “specific learning skills have to be acquired very early in life, perhaps even before formal schooling begins.” I have been struggling with school since the beginning and I now believe that procrastinating is a big part of my struggles. I also think that when I was growing up I did not pick up valuable learning skills that are needed to thrive in the educational world.

I realized procrastinating was affecting my health when I started college in Colorado. This was my first year of college and I was feeling motivated and really wanting to succeed. Unlike high school I wanted to be there but there was a lot more pressure. It always starts on the first day of class; I put off the first assignment. The assignments start to pile on top of each other and instead of just doing some of the work I shut down. Then when that wonderful first test arrives I am so far behind that studying is not really an option.

All the stress that procrastinating is pushing on my body affected my immune system. Since my immune system was weak I would get sick easier, and miss class which only induced more stress and anxiety. Insomnia is another awesome treat I got with my procrastinating I would just lay there wishing I could go to sleep. Finally falling asleep two maybe three hours before class started. When I would only sleep for two or three hours I could easily persuade myself to skip class to sleep in. When you are a procrastinator the stress builds and builds it never stops.

Since I was always sick, stressed out, or drained from lack of sleep I never wanted to go out and enjoy life. This sort of put me into a depression. I cannot think of a healthy thing about depression. I remember on my long drive home from Colorado I would ask myself why am I putting myself through this. Is college worth the money, stress, and in my case pain? One sociologist said, “That you don’t have to have a reason for going to college because it is an institution. His definition of an institution is something everyone subscribes to without question.

That mind twisting habit I have of postponing my responsibilities plus all of the wonderful side affects it caused me to go through made me push all the people who cared about me away, leaving me depressed and lonely. I do not think people who procrastinate realize how much it can affect their lives. My father is the most important person in my life. I pushed him away and still have not gotten our relationship back to the way it was. Since I put everything off and to do things that I thought was more enjoyable I was forced to work when the truly enjoyable events were going on. I was living in Colorado where a great rock climbing route was a five minute drive away.

There was twenty something miles of trails on the school property and backpacking trails everywhere. I used to wait all year to get into a cramped van and drive twelve hours to go on a three day backpacking adventure. While I was living there I only took one overnight trip. Instead I would spend my days sitting in my dorm room looking at the two highest peaks of the amazingly beautiful Rocky Mountains stressing about all the work I had to do. The stress and anxiety made me not feel like doing anything. I would blow off my friends telling them I had to do homework.

The worst part was I would sit in my room stressing about the work. I would say I will get to it after I pick up my room, or after I watch this movie and end up spending the day procrastinating doing anything and everything besides my school work. Then not go out and socialize that night and lay in bed stressing and stressing. The worst part was when my dad would call, if I answered. I was too scared or ashamed to tell him what was really going on. I instead I would start making up stories or just be such a jerk that he would not want to talk. I did not want him to know I was failing. Once I get behind I start to worry about what people think of me, so much that I think I would rather people think I lack effort than ability.

I used to work as a Park Ranger. Procrastination is the reason I lost my position there which is possibly a career that was made for me. As a Park Ranger you job duties a very easy. Your office is basically your truck and your job is to protect the resources from people and protect people from the resources. So I pretty much just went out and explored around the lake helping people if they needed it. I did have an actual office where I carried out basic task like filling out reports, entering in visitor data, and checking e-mails, all very simple tasks. Instead of taking ten minutes to fill out my ranger log, or check to see if my manager e-mailed me a project I would do anything else but that.

Most of the time I would do something that was actually worse than typing my ranger log. I always convinced myself I would fill it out tomorrow. I missed a lot of important e-mails, like to maintain the government computer access I had to change my password every thirty days, and once got locked out of the system. This took some of the office staff several hours of phone calls and e-mails to get me back online. I then I had to drive an hour to get a new access card. Another reason I lost my position there was my low GPA.

I have been realizing that on top of the small things I was always missing or not getting done I was also not up holding the presentable Park Ranger image. I had myself so stressed out about my grades and the backed up ranger logs that I was falling into that depression again. Procrastinating and the feelings it causes had just caused me to lose my job. This was not just a job to me this was a career, this was my future. I bought a house in Stockton, I was going to finish school and start a family in this quite small lake town where I thought I would grow old.

Procrastination is putting off doing something; it is postponing or delaying needlessly. I have told you how my procrastinating problem has affected my health, relationships, jobs, and even my future. Procrastination has not always been known as a bad thing. Some people think they work better under pressure or are more creative at the last minute. I bet there are people out there who can procrastinate and still succeed. The only thing I can say is that procrastinating has really affected my life.

Learn more:
Nature versus Nurture To do or not to do: That’s Heuristics! How to Persuade U.K. Tourists to Visit Thailand 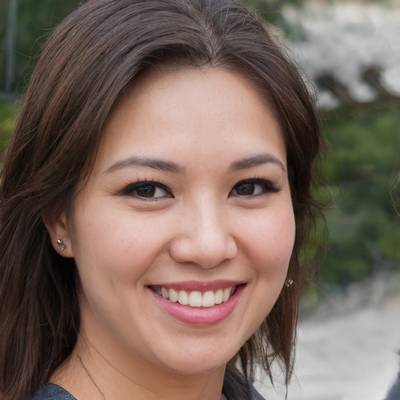