Burrhus Frederic Skinner is an American author and a psychologist as well who is responsible for the first study on experimental psychology (Ticao, 2001). He is also accountable for “behaviorism” which endeavors to examine behavior as a “function of environmental histories of reinforcement” (Ticao, 2001). Here, he proposed the extensive employment of “psychological behavior modification techniques, which is essentially operant conditioning” (Ticao, 2001).

How much do I have to pay someone to make my paper today?

According to Burrhus Frederic Skinner’s Learning theory technically referred to as “Behaviorism”, first of all, an individual’s action/behavior turns out to be that way because of the external environment; second, for Burrhus Frederic Skinner, it is immaterial how an individual’s personality is determined; third, for him, the clarification is always based on what actions or behaviors may be observed; last but not least is that traits and thoughts are not significant (Ticao, 2001).

Burrhus Frederic Skinner explains further by providing an example: Cleavon is a cheerful and entertaining human being because: a) he loves being with his young people like him; b) he loves to be present at parties; and c) he expresses amusement often (Ticao, 2001). For Burrhus Frederic Skinner, the aforementioned behaviors categorize Cleavon’s personality (Ticao, 2001). Cleavon behaves that way because his surroundings/atmosphere molded him to be a cheerful and entertaining individual (Ticao, 2001). In other words, Cleavon has learned such behavior/action because of the people he intermingles with (Ticao, 2001).

Burrhus Frederic Skinner explains further his claims with regards to personality by providing examples (Ticao, 2001). He said that with adequate and correct training, an individual who is extremely shy may be transformed into an outgoing person; a person who is too talkative may turn into a well-behaved and quiet child; a hyperactive young boy may be prepared/taught to become passive (Ticao, 2001).

Like Burrhus Frederic Skinner, John Broadus Watson believes that one can learn or be trained through the environment (Ticao, 2001). According to John Broadus Watson, “what people do and the behaviors that can be readily observed like crossing the street, eating, laughing, riding a bike etc. can be learned or taught to an individual (Ticao, 2001). Since, the aforementioned cannot be observed only once but countless times, these can be easily be taught to individuals (Ticao, 2001). This is why for him, we should be more focused on the “role of environment in determining/learning/teaching behavior” (Ticao, 2001).

Edward Tolman’s learning theory, on the other hand is based upon what is technically referred to as “Purposive Behaviorism” (Ticao, 2001). He believes that “an individual learns by pursuing signs to a goal, for instance, learning is acquired through meaningful behavior” (Ticao, 2001). He explains that “the stimuli which are allowed in are not connected by just simple one-to-one switches to the outgoing responses…rather the incoming impulses are usually worked over and elaborated in the central room into a tentative cognitive-like map of the environment…and it is this tentative map, indicating routes and paths and environmental relationships, which finally determines what responses if any the individual will finally make” (Ticao, 2001).

According to Edward Tolman, there are five types of learning and these are the following: “1) Approach Learning; 2) Escape Learning; 3) Avoidance Learning; 4) Choice-point Learning; and 5) Latent Learning” (Ticao, 2001). He also reiterates that “all forms of learning are dependent upon means-end readiness, for example, goal-oriented behavior, mediated by anticipation/probability, perceptions, representations, and other internal or environmental variables (Ticao, 2001).

Unlike Burrhus Frederic Skinner and John Broadus Watson who are very particular with stimulus-response; Edward Tolman, on the other hand is focused in the “relationships between the stimuli or signs” (Ticao, 2001). He reiterates that “a new stimulus or the sign becomes associated with already meaningful stimuli through a series of pairings so that there will be no need anymore for reinforcement in order to establish learning” (Ticao, 2001).

This means that, for Edward Tolman: first of all, “learning is always purposive, as well as, goal-directed”; second, “learning often involves the utilization of environmental factors to attain a certain goal”; and that “individuals are skillful enough to select the shortest or easiest path to achieve a goal” (Ticao, 2001).

What is technically referred to as “Modern Day Psychology” is rooted upon the concepts and ideas of Carl Jung, Sigmund Freud etc. (Ticao, 2001).

Burrhus Frederic Skinner’s ideas are related with “modern-day psychology” simply because it pioneered the concepts on what molds a person or how he acquired such personality (Ticao, 2001). His ideas pushed Sigmund Freud and Carl Jung to conduct a more extensive study with regards to it (Ticao, 2001). For instance, Sigmund Freud reiterates that “the primary motivation of a person is sexuality” (Ticao, 2001). According to him, the “unconscious” is made up of “emotions, experiences, frustrations that resulted from being deprived of sexual desires” (Ticao, 2001). For Carl Jung, on the other hand, “life is not just about sexuality, there is more to it than just that” (Ticao, 2001).

For him, the “emotions, experiences, frustrations that are brought about by being deprived of sexual desires are just part of the process that an individual has to undergo during his or her search for meaning” (Ticao, 2001). In short, it paved the way for a better understanding on how one’s personality and behavior is achieved/acquired (Ticao, 2001).

Last but not least, Edward Tolman’s learning theory is related to modern-day psychology in such a way that its definition of personality is also modern (Ticao, 2001). Consider the fact that an individual is now bound to behave in a manner wherein he or she always has a goal (Ticao, 2001).

Learn more:
Professional conduct and its importance for fresh graduated psychology Perception in the study of Psychology Personality, Psychology and the Human Profundity 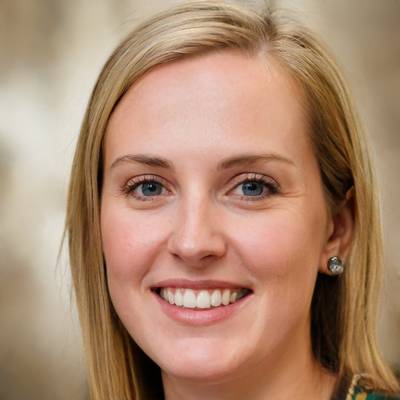