Economic growth is the increase in aggregate output between two distinct periods of time (Romer). Leading to a general improvement in the standard of living, the economic growth of a nation is typically believed to be caused by several growth factors working in tandem. These growth factors may include the growing literary rate among a population, the opening of the trading environment, the beginning of a market economy, the opening of international markets, and the efficient use of natural and human resources (Pritchett).

The industrialization of a nation is a significant part of economic growth, seeing that it means that a nation has begun to use its resources more efficiently, thereby recovering from a stagnating or depressed state (Rosenstein-Rodan). By utilizing more of its brain power, a nation that develops machinery to reduce labor costs and cut the time used in manufacturing, is said to have economically grown. The effects of industrialization show up soon enough. A country that becomes industrialized increases its aggregate output automatically. This is because machines are quicker at doing monotonous tasks that human beings or labor finds tedious.
In the business world, time is money. Hence, anything that reduces costs by shortening the time used in producing goods and services, would lead to economic growth. Education works in a similar manner. A country that has raised its literacy rate will have more people that know enough to find better ways of reducing costs and increasing output. Increased output means that the country would be able to sell more of its products and services to its own consumers as well as outsiders. And, of course, increased sales translate into greater profits. These profits may then be used to build better machinery, or they may be invested in educating more people in the nation. Thus, economic growth turns into a ‘given.’

According to Paul Romer:

Economic growth occurs whenever people take resources and rearrange them in ways that are more valuable. A useful metaphor for production in an economy comes from the kitchen. To create valuable final products, we mix inexpensive ingredients together according to a recipe. The cooking one can do is limited by the supply of ingredients, and most cooking in the economy produces undesirable side effects.

As in the case of education – human beings are not only the cooks of the economy, but also the ingredients in the kitchen of the economy. By using our human resources the same way over and over again, without change, the economy would meet with stagnation rather than growth. Learning and growth are interconnected, and hence, an economy that uses successful models to transform itself by following its models, is most likely to meet with economic growth even if it fails in its first attempt to successfully apply model behavior. A nation may decide, for example, that it would create a market economy out of its crumbling command economy. The new market economy may not thrive in the short run. However, by giving free rein to market forces of demand and supply, the nation may actually find its economy growing in the long run. This is because competing firms in the market economy would produce better quality of goods and services for all. Moreover, competing firms tend to lower the prices of products and services, thereby making it easier for consumers – both local as well as foreign – to purchase in greater quantities.

Lant Pritchett writes that the United States of America had a steady economic growth rate for more than a century. This means that the nation was constantly growing in terms of efficiency in its utilization of resources. Whether the United States was also seeing a steady growth in literacy during this period, or combining this growth factor with technological innovations in its methods of production, the fact remains that several growth factors may be contributing to this steady growth rate through a process of evolution whereby these factors saw a consistent improvement in their utilization. To put it another way, development has to continue in order for an economy to keep on growing. This is the reason why humanity did not stop after the first steam engine during the most important period of industrialization. Rather, human beings imagined the uses of the steam engine to improve their standards of living. And after using the steam engine in the imagined ways, humanity thought of more innovations and uses.
This, indeed, is the major determinant of economic growth – the desire to improve and reach our highest potential. Evolution on the path of improvement is mandated by economic growth. Paul Rosenstein-Rodan refers to reaching the “optimum size” of industrial enterprises. Before the industrial enterprises reach the optimum size, however, there has to be a vision. And, as we have seen from the example of the United States, there really is no upper limit to economic growth. An economy may continue growing indefinitely. And so, in the long run, there may actually be no “optimum size” of industrial enterprises either.

Learn more:
The Emergence of Middle Class What is at is Optimal Rate of Inflation? What is Cash? 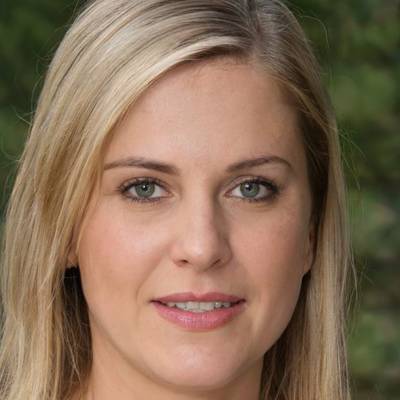