1. Some have argued that World War II was a continuation of World War I. Do you agree? Discuss.

It is one of the most lively and interesting debate of the modern European History. The First World War (1914-18) was very costly in both monetary and human terms. After the First World War was over in 1918, European nations were exhausted politically and economically and it was very difficult to imagine, even for a pessimist, that another war, World War Two, would start after such a short duration, just two decades.

I would elaborate one reason, that in my opinion is good enough to prove my assertion. Treaty of Versailles (1919) had in itself the germs of the war of 1939. (Mahajan 694).

The treatment that was meted out to Germany was really bad. It was not by consent that Germany signed that treaty, She was forced to do that. The most disturbing about this treaty was its moral foundation. It was not inked to do justice or undo the injustice done by the German aggression. It was done to take the revenge from Germany. And when you take revenge from someone, he or she does not do anything as long as wanted in power. But as soon as power is gained, he or she would try to take back revenge. Germany did the same. Germany started to gain military power under Hitler in 1930’s and He made this ambition of his rule to undone the humiliation of the First World War. I believe this single fact shows that it was the continuation of First World War as Germany only needed break of twenty years to flex it muscles and re-start the unfinished business.

2. Define `Existentialism` and why did existentialism flourish in the 1940s and 1950s and decline subsequently?

Existentialism could be defined as “Existentialism is a philosophical movement in which individual human beings are understood as having full responsibility for creating the meanings of their own lives. It is a reaction against more traditional philosophies, such as rationalism and empiricism, which sought to discover an ultimate order in metaphysical principles or in the structure of the observed world. The movement had its origins in the 19th century thought of Kierkegaard and Nietzsche and was prevalent in Continental philosophy in the 20th century.” (“Existentialism”).

It was much more than just a philosophical movement. It had a very strong cultural element in to it. Many writers, particularly Sartre popularized it in 1940’s and 1950’s through his plays and columns.

Many reasons could be accorded to why did existentialism flourish in 1940’s and 1950’s.

I believe the most important reason being the chaotic world order at that time. There was a great sense of dislocation in most parts of the world particularly in Europe. Europe has tasted two World Wars on its soil. There was enormous human loss. The social structure was badly damaged as there were more male deaths in war than females, there was a serious population imbalance.

In such a scenario, it was only natural for such a philosophical and cultural movement to be popular that is pessimist.

The chaos at the political, economic and social levels was only reconfirming the arguments of this movement of absurdity of existence and humanity is itself to blame for the condition we are in.

Europe started to gain confidence in 1950’s and was better placed in political, economical and social terms. Colonization was all but ended in 1960’s. There was a order to be seen. Science was making good progress and making the life easier. In this situation of optimism, the appeal of existentialism started to fizzle out.

And every smart thing is taken over by more smarter thing. It happened with existentialism as post-modernism took the lions share of intellectuals imagination.

3. Why, in your view, did the Soviet Union lose the Cold War?

Cold war started between the USA led western block and Soviet Union led communist block soon after the second world war. The first pitched battle between the two camps was the Greek civil war which broke out again in 1947; the height of the battle in Europe was reached, inevitably, in Germany itself in 1948; and the struggle first assumed global proportions in the war in Korea in 1950 (Thomson, 837). The cold had it ups and downs and it continued till the disintegration of Soviet Union

There are may theories about the disintegration of Soviet Union and why it lost Cold War with the United States of America.

In my own view, though not of a master historian, I would broadly sum up the main reason for the defeat of Soviet Union.

First and foremost, The political system of the Soviet Union was non-democratic in nature. It was a state, that was standing on the crushed liberties and freedoms of its citizens. It was a state that had a fear of its own citizens.

The political decisions were taken by the few top bosses of the communist party and they often did not have the popular support. People had to accept those decisions. There was no system of Political accountability in the system. The freedom of the press was very little in comparison to the Western Block. There was no one to criticize the decisions by the ruling clique and open criticism was anathema. This system made sure that mistakes and blunders are not properly and timely rectified.

The alliance that Soviet Union was leading was result of more of a bullying than arising out of a genuine security need. That made Soviets vulnerable. The second reason in my opinion was its fragile economic situation in comparison to USA.

By the late years of the Cold War, Moscow had built up a military that consumed as much as twenty-five percent of the Soviet Union's gross national product at the expense of consumer goods and investment in civilian sectors (“Cold War”).

When a country is spending one fourth of its income on military related expenditure than there is very little left in the national kitty to do the social needs that satisfy the public. The greater expenditure on military meant more people’s dissatisfaction and that lead to the disintegration of Soviet Union hence its loss to the USA.

Third reason in my view was its restrictive social order. There were curtailed cultural freedoms and that resulted in stagnation of the soviet society. And any society that is stagnant and has no courage to criticize itself is bound to have low morale. Same happened with the Soviet Union.

And how Soviet Union could have won with authoritarian political system, wrong economic priorities and stagnant social order. It was bound to loose due to these reasons in my view.

Learn more:
Paths of Glory Measurement of Work Performance Cosmological Argument for the Existence of God 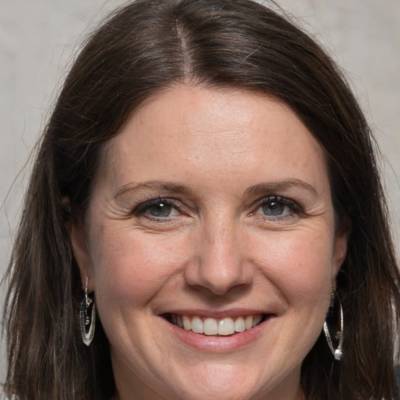