Freedom of Religion and Violation of The Laws

"Freedom of Religion and Violation of The Laws" topic?

We all have faith in one Supreme, Omnipotent, and Omniscient Being. We all believe that this Being helps us in our daily lives and that someday He will judge us all. In our utmost devotion to our religion, we do everything that He commands in the hope that someday when the time comes we will be rewarded. However, we tend to forget that the person who delivers His message is just an ordinary man who is also capable of committing mistakes and abusing their power.

In our desire to reap the rewards of heaven we turn a blind eye to the abuses committed by religious leaders. We become automated machines willing to obey the commands of these leaders despite knowing that something is not right and that perhaps this is not what our God would want us to do. In the end, the follower becomes a willing victim of a crime. The question is considering the immense power of these religious leaders and the number of their followers should the state put a stop to activities of religious leaders which are in clear and blatant violation of the state’s criminal laws?

This is what happened in the case of Warren Jeffs a leader of the Fundamentalist Church of Jesus Christ of Latter Day Saints who is now being tried in Utah as an accessory for two counts of rape This sect is actually a breakaway group from the mainstream church in 1890 when the Church of Jesus Christ of Latter Day Saints renounced the earthly practice of polygamy. It appeared that Jeffs, who was considered a prophet and a “God on Earth” by his followers, officiated the marriage between a 14 yr old girl and her 19-year-old cousin.

The child-bride claimed that she was forced to marry her cousin. She declared that for three times during the marriage ceremony she refused to say ‘I do.’ It was only when Jeffs insisted that her mother should stay beside her that she reluctantly said ‘I do.’ She also claimed that she refused to consummate the marriage. She even sought the advice of Jeffs about this but he warned her that she should submit herself to her husband otherwise she will not receive eternal salvation.

The main issue, in this case, is not polygamy. Some states now allow the practice of polygamy. We even tolerate the practice of polygamy among our Muslim brothers. Further, the marriage between the two people involved in this case is their first marriage. The issue here is the control which Jeffs had over his followers that he can by force, intimidation or exercise of undue influence convince them to do something against their will. In this case, it was his insistence that the girl was forced to submit her mind, body and soul to her husband. This is the essence of the crime of an accessory which Jeffs is now being charged.

It must be stressed that under Utah law it is illegal for a 14-year-old to marry without parental consent and for first cousins to marry unless the parties are 65 and older or 55 and older and unable to reproduce.

I believe that the abusive religious leaders have hidden under the cloak of religious freedom for such a long time already. They have used religion as a defense for their criminal acts. This is not the first time that a religious leader has become involved in crimes such as this. I do not consider this as the last. It is time for the state to impose stricter measures against erring religious leaders.

I therefore plead to our Congressman that harsher penalty be imposed if the perpetrator of a crime is a religious leader who willfully and intentionally utilizes his position and undue influence for the consummation of his crime.

Learn more:
Writing and Analyses Legal Research Essay Why Use of Marijuana Should Not be Legalized Legal Issue Analysis Sexual Harassment 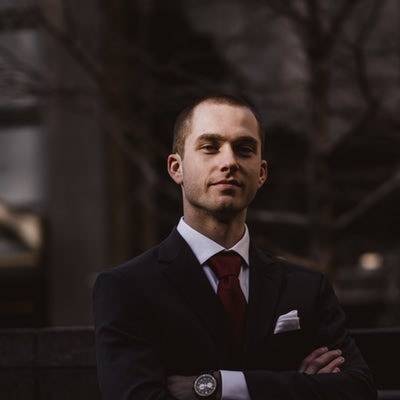