A survey by Personnel Today's sister publication IRS Employment Review of 94 organisations - covering a total of 121,578 employees - showed that they lost a total of 17,792 workers over the past 12 months.

Resignations were the most common reason for the departures. Others included a small number of employees who had transferred large numbers of staff under Transfer of Undertakings (Protection of Employment) Regulations (TUPE), while a larger number reported staff leaving due to ill health. 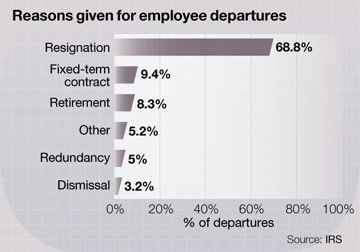 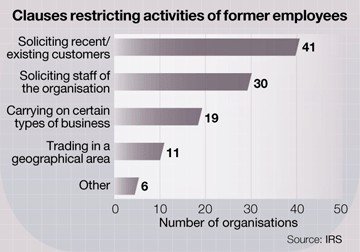 Despite the introduction of new dispute resolution procedures in 2004, few respondents reported a fall in the number of workplace disputes settled by compromise agreements or tribunal hearings. However, the number expecting to see a reduction in the amount of disciplinary and grievance actions leading to employee departures in the next two years was higher than the number expecting an increase. 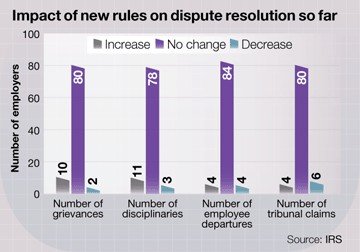 More than four million people leave their jobs every year. Most of these departures involve voluntary decisions such as resignations and retirement, but one in three involves redundancies or dismissals. 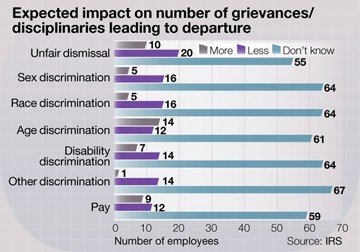 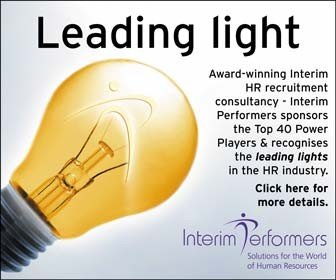 Recruitment budgets are coming under pressure as employers try to cut costs, while staff shortages mean many jobs are proving increasingly expensive to fill.

Recruitment budgets are coming under pressure with more than half of all employers trying to cut costs, while staff shortages mean many jobs are proving increasingly expensive to fill, research shows.

At the same time, 73% of employers also admit that they are having recruitment problems - forcing many to re-advertise hard-to-fill posts or turn to recruitment agencies for help at the additional cost.

The survey of 431 organisations shows that employers are turning to e-recruitment (36%), negotiating better terms with agencies (28%) and reviewing their advertising practices (17%) to cut costs.

This year's key findings show that:

Employers are becoming increasingly interested in formal reward strategies which link the whole package of pay, bonuses, and benefits with performance.

Mark Crail, IRS Employment Review's managing editor, said: "Employers are no longer as optimistic as they have been in recent years that recruitment will become easier. Even so, they appear determined to ensure that their organisations can recruit and retain people with the right skills.

"We have seen this year an unprecedented level of activity as HR departments seek to get the best value for money from recruitment and other staffing budgets by negotiating better deals and adopting more effective recruitment practices."