Brief sketch of facts and events

Alumina Incorporated is an international aluminum maker company that conducts business operations among eight countries across the globe handling aluminum business in constructing automotive parts as well as in producing packaging materials. The company, located on the border of Lake Dira in Erehwon state, also handles refining alumina, bauxite mining and aluminum smelting with America comprising 70% of the company’s total sales.The persons responsible behind the success of Alumina in the industry and in keeping the company afloat in the competitive global aluminum market include Roger Lloyd, the chairman of the company who strongly adheres to the principle of law within the corporation, as well as Chris Blake, the chief operating officer of the company whose rank is next to Roger Lloyd. Diane Richards leads the Public Relations section of the business firm and is trusted by the board of directors after modulating angry investors when the company assembled large technological changes in its Level-B factories in the developing countries. Arthur Todd is the company’s legal counsel with a good grasp in litigation as well as in regulatory arrangements.

Alumina was reported five years ago for obtaining a violation of environmental discharge standards after a customary evaluation inspection for EPA compliance, finding out that the test samples for the PAH concentration levels exceeded the tolerable threshold. After complying with the EPA ordered clean up, the following environmental assessment accounted that the violation has been remedied.
With the exception of the case five years ago, Alumina Inc. has kept a satisfactory record in complying with the environmental regulations. However, a local resident named Kelly Bates poses a threat to smear the integrity and compliance record of the company after pointing the finger at the company for her 10-year-old daughter’s current health condition. She claims that the aluminum firm has constantly polluted the Lake Dira waters with carcinogenic waste matter and that the consumption of the 38-year-old single mother’s daughter of it instigated her leukemia, further claiming that the poor condition of her daughter began with the company’s first case of violating the environmental regulations five years ago.

It must be noted that both the federal and state governments of America, particularly through the EPA and the administration and enforcing of existing regulations, have combined efforts in ensuring environmental safety. Hence, companies, especially those whose operations primarily involve the environment, are expected to align their business actions with the established federal and state laws.
In the same manner, founding and preserving satisfactory relations with the community is also essential as it occupies a crucial role during times of crisis in resolving specific issues. The community’s assistance with the company, or its deficiency, should always be considered in crafting company policies, decisions and actions.

Moreover, transparency with the business operations of the company is also a major concern as citizens can file for a request of the company’s records among government offices as well as the companies themselves under the Freedom of Information Act (FOIA) given particular stipulations. To a certain degree, it roughly goes against the privacy policies of certain business firms as they are required to maintain the confidentiality of business information as a section of the FOIA that covers vital interests.

In the case of Bates and Alumina Inc., mediation can be taken as a means to resolve the conflict beyond the court through several individuals as well as organizations such as the American Arbitration Association as both parties are given the opportunity to craft their corresponding terms of settlement.

There are several conflicts in the competing stakeholders with regards to the case of Bates and Alumina Inc. For the most part, one of the primary concerns of Roger Lloyd in general is to preserve the integrity and the name of the company by doing what is immediate and necessary in order to urgently resolve the conflict and to take advantage of the self-policing incentives of the EPA. Arthur Todd, on the other hand, is inclined to utilize the best legal measures in advancing the interest of the company without inciting further damage or conflict. Chris Blake, with respect to his position in the company, is slanting towards the full confidence in the company’s operations thus suggesting the full disclosure of their corresponding business records since there is nothing to hide. Last but not the least, Diane Richards highlights the role of negotiations since these offer the advantages of creating a good image before the public and of consoling Bates.

All these considerations comprise the ethical dilemma of either pursuing the interests of the company or taking up the responsibility in the case of Bates. By further pursuing the interests of Alumina, it relegates the plea of Bates unto lower considerations thereby setting aside central concerns and decisions with regards to Bates and focusing instead on the operations of the firm. On the other hand, by taking up responsibility in the case of Bates, the company might be seen as negligent of its environmental operations and the corresponding EPA regulations although the case of Bates can be resolved more efficiently. The ethical dilemma centers on the idea of which side is to be given higher consideration without inflicting more damage to both parties.

Several basic issues for the organization’s internal counsel include allegations of violations in regulations. The counsel is primarily prompted to gather all necessary facts through a comprehensive investigation which will serve as the foundation of the company’s decisions and actions with regards to the allegations. Although these facts can be used by the organization’s adversary, it is assumed that the company should handle these facts responsibly with legal assistance all throughout the process.

Moreover, another basic issue for the counsel is when the public is requests for the records of the company from relevant governmental authorities. Although the public can decide to obtain information, the company, however, can choose to not disclose confidential company records before the public depending upon the discretion of the government agency. An alternative to a partial disclosure because of business confidentiality is to narrow down what the public can get hold of by releasing the records that only pertain to the case at hand. This assures as well confidentiality of the business information.

There are also factors that the company should primarily consider in the event of allegations against their business operations. These include the expenses covered in the legal battle and the uncertainty of the litigation process, the whole duration of the litigation as it affects the performance of the company in terms of time and resources, and publicity and confidentiality which entail the risk of making private business information and trade secrets open to the public and other rival companies inasmuch as publicity and confidentiality can bring about a degrading effect to the reputation of the company’s name.

Summary of the alternatives

The recommended solutions offer a variety of consequences to the company in the context of the ethical dilemma. The first alternative solution fares well inasmuch as it addresses the ethical dilemma of which side is to be given higher consideration by emphasizing the credible reputation of the company in the eyes of the government authorities and making Kelly Bates aware of the company’s status. It aligns well with Alumina’s value of taking care of its company’s reputation and performance.

The second alternative solution, however, does not fare quite well because of its costly measures that do not provide a high degree of probability in addressing the concerns of both Kelly Bates and Alumina. Although it promotes the value of the company by shaping a good image of Alumina before the eyes of the public through positive advertising, it nevertheless consumes much of the company’s resources in a seemingly futile campaign with regards to the case of Bates. 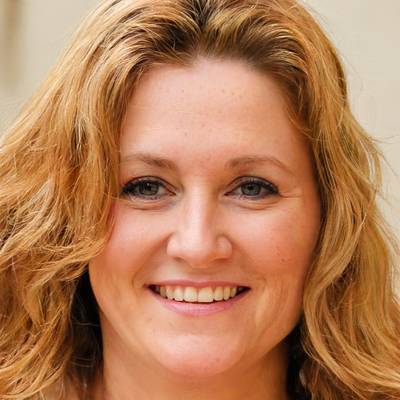