After the World War Two (WWII), the international community actively participated in nation-building and provided adequate support for those that were severely damaged by the war. The United States lent such support to the most affected states and conducted eight state building projects to help states to recover. From then on, the United States has been dynamically helping other states in order to rebuild the states. During the Cold War Era, many political analysts and theorists claimed that the shifting of power was the most obvious change that occurred in the international community. The seemingly bipolar world that everyone was accustomed to changed into a hegemonic world. Therefore, after the Cold War Era, the United States was construed to be a major power—a hegemony which was said to be the most powerful state that can influence and lead different states to whatever path they believe will benefit the greater good (Coyne).

How much do I have to pay someone to write my paper in time?

Professional writers suggest: Contact Us To Get Your Essay
Cheap Essays Best Essay Writing Service Write My Paper For Me Essay Company

However, with the recent turn of events in the global community, it has become apparent that the power is now out of the hands of the United States. The previous hegemonic state is presently less powerful than it was before. The tragedy that took place last September 9, 2001, presented the United States as a vulnerable state to the world. Having the United States experience such type of devastation among the people and the government, the hegemonic state has been clearly taken over by weak states through their influence on various individuals. Nevertheless, unlike the hegemonic state, most weak states are only able to influence individuals and not the huge states due to their limited capability when it comes to persuasion. On the other hand, it could be assumed that the United States just did not see such event coming.

In "State-Building: Governance and World Order in the 21st Century" Francis Fukuyama explores the topics which concern state-building as well as the current position of the United States in the world. In the earlier parts of the book, the author discussed the American foreign policy after the tragic September 11, 2001, event happened. According to Fukuyama, the foreign policy is taking the path where "it either takes responsibility for the governance of weak states or else it throws the problem in the lap of the international community" (94). In the midst of the 9/11 tragedy, Fukuyama explained that the imperial desires of the United States were exposed and heard through the imposition of the National Security Strategy of the U.S. which was dubbed as "The Bush Doctrine" which is believed to be a strategy in order to attain control of various states which are said to disrupt the peace and harmony of the U.S.

After the 9/11 tragedy, the U.S. immediately pinpointed Afghanistan as one of those states that host groups of hostile population which have the potential to cause terrorism, despite the fact that Afghanistan was already under the Karzai government—a group which is said to be "far more decent and forward-looking than the Taliban regime" which was led by the United States to rule Afghanistan. Due to the placement of the Karzai government which is supported by the United States, Afghanistan was placed at the mercy of the American power. Considering such a situation, I believe that the Karzai government could be a system which the U.S. utilized in order for the hegemonic state to have control over Afghanistan through its decision-making as well as to eliminate the possible attacks which the various international militant groups are planning against the U.S.

On the other hand, after invading Afghanistan, gaining, and maintaining within the state, the U.S. also took over the state of Iraq. After gaining power and neutralizing the whole nation again, the United States was able to conquer Iraq. Fukuyama cited the speech made by the Republican President George W. Bush to illustrate his point and prove his theory regarding the American imperialism. The speech discussed the power that the U.S. has over states that are potentially against them. In the examination, the short portion of the speech suggests that the U.S. is manipulating various nations in the world due to its perceived responsibility to fight against terrorists. Due to such self-proclaimed responsibility and its action, the U.S. is certain that it can gain control and defeat the terrorist groups. However, as various states are entitled to sovereignty, the U.S. cannot directly intervene with all the possible terrorist attacks or the terrorist groups. Therefore, the U.S. needed the local officials in order to address the problem. In reality, the problem of terrorism cannot be stopped without sufficient foreign assistance. Through this, the U.S. is able to pursue its doctrine as well as its perspective and interests in resolving such conflict. (95-96)

In the discussion of the weak states, Fukuyama noted that the international community has a problem with regard to the concept of sovereignty, most especially the weak states, even though the post-Westphalian international order states that the principle of sovereignty must be pursued. Such states are those that have conflicted with such type of dilemma. Due to the lack of strength of their governments, policies, and institutions, most weak states are bound to receive help from other states in order to counter completely the problems. As an example, the Bush’s Doctrine is one of the most evident actions which contradict the concept of sovereignty of nations. The acts of deterrence and containment are evidently motions that oppose the concept that the international community gave as a privilege to all nations. Due to the intervention of foreign nations, the concept of sovereignty that the Westphalian system implements are no longer applicable in today’s world. Similar to what Fukuyama stated, "Sovereignty and therefore legitimacy could no longer be automatically conferred on the de facto power holder in a country. State sovereignty was a fiction or a bad joke in the case of countries like Somalia or Afghanistan […] Under these circumstances, outside powers, action in the name of human rights and democratic legitimacy, had not just the right but the obligation to intervene" (Fukuyama 97). In addition, the U.S is not the only one that intervenes with the issues, as international organizations such as the United Nations, World Trade Organization, and the European Union which add up to actors that intercede with various problematic situations due to the authority provided to them. Thus, in the current global community, the concept of sovereignty has totally eroded and has gone to ashes.

In conclusion, the international community is apparently altering the concept of sovereignty. However, different means such as humanitarian interventions require setting aside the principle of sovereignty in order to pursue other states’ personal desire. Through Fukuyama’s work, it has been evident that the U.S. is evidently leading this type of action to slowly attain imperial power in the international community. In addition, such states similar to the United States are taking the opportunity to provide help to those states that need their assistance. In exchange, the foreign state has the power to influence and make the weak state follow that will benefit the hosting state. Therefore, the international community must be able to reflect upon the actions that state, most especially those that have the capacity to manipulate and revise the international order. Accordingly, the weak states must be strengthened through the help of the stronger states while maintaining the sovereignty of the weak states and preventing having authority within such states. 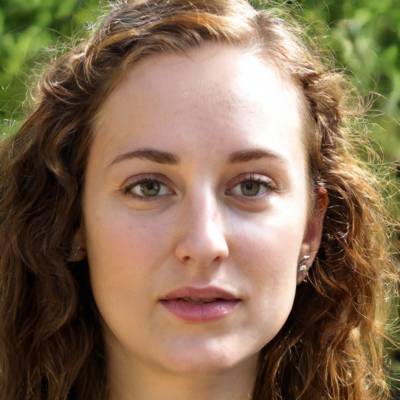