White Devil: a True Story of War, Savagery, and Vengence in Colonial America

The book “White Devil: A True Story of War, Savagery, and Vengeance in Colonial America” is a historical novel about Robert Rogers better known as White Devil and his famous band of Rangers. They marched into French territory to attack for vengeance on the Abenaki Indians for their massacre of settlers at Fort William Henry. Steven Brumwell dramatically shows the stealth involved in reaching the Abenaki at the St. Francis River Basin, the details of the brutal slaughter, and the retreat to safety. This book offers different perspectives based on narratives from Abenaki and accounts from survivors. Brumwell also relied on more than 250 years of North American, British, and French archived documents to explore the truth behind this controversial episode from America’s aggressive past.

The book is more or less a biography of Rogers and his Rangers and studies the many characters and individuals involved in the campaigns leading up to Roger’s climatic raid on the Abenaki community of St. Francis in French Canada. Brumwell’s focus on the St. Francis raid provides a compelling narrative thread, and allows for a complete plot that is worthy of any historical novel. “White Devil” opens with the captivity of Susanna Johnson who is taken with her family and others in the community from Fort Number Four in New Hampshire and taken to St. Francis. She eventually returns home and her new built connections with the Abenaki provide a satisfying plot. Brumwell uses Susanna’s capture to give the reader a glace at the nature of the Abenaki community at St. Francis.

After giving some cultural and geographical foundations, Brumwell then turns to the outbreak of war and the growing reputations of Robert Rogers and the Abenaki of St. Francis. Both quickly become feared fighters of wilderness warfare. Rogers provided skills and leadership for British forces sadly lacking in frontier scouts. The story’s pace picks up as Brumwell recounts the early campaigns of the war, especially along the Hudson and Lake Champlain line. One of the points of this section that should be noted is the way in which the activities of the Indians and Rogers Rangers are folded into the operations of the regular European troops. Their skill was not simply in conducting ambushes, or fighting from behind trees, but in their ability to move quickly and quietly through hundreds of miles of wilderness, take prisoners, and gather information about enemy intentions. Theirs was a war for information that was fought with great savagery. It recounts the decision for the St. Francis raid which was for vengeance and the terrifying detains of how it was fought. The battle that was fought killed mostly old men, women, and children in St. Francis. Brumwell then ends the book with a brief chapter outlining the conclusion of the war that included the personal failures and disappointments of Rogers in the postwar years.

The book is very interesting and captivating to read and with Brumwell’s discussing a dramatic story with the latest historical findings that included a recently collected Abenaki oral histories and the discovery of Roger’s hand drawn map of the raid. It also had the historical work now available on the nature of native societies and of wilderness warfare. Brumwell hopes to save Rogers from military critics who have accused the rangers of not having skill and effectiveness during the battle. But the author does not forget nor attempts to hide some of his more savage qualities that led the Abenakis to give him the name “white devil”.

Our text “America Past and Present” only has small amounts of information on the French and Indian War and of the Abenakis. It discusses the Eastern coast Indians of North America as being a farming culture with seasonal hunting and gathering that were part of the Eastern Woodland Culture. Small bands formed villages during the warm summer months and cultivated maize. During the winter, difficulties feeding so many people caused the tribes to break apart with each family living off of whatever they could find. The dangers were great and survival could never be taken for granted. This was well detailed in the book “White Devil”. The many Algonquian speaking bands who occupied the land along the Atlantic coast from North Carolina to Main were the Indians that seventeenth century English settlers most commonly encountered. Included in this large linguistic family were the Powhatans, who dominated the lower Chesapeake region, the Narragansett of southern New England, and the Abenakis, who controlled the forest of Maine (Divine, p.6).

The only other mention of this conflict in the textbook is on May 18th, 1756, the British finally declared war on the French in an attempt to remove them the Mississippi valley and the conflict was named the French and Indian war in America and the Seven Years’ War in Europe. This war made a deep impression upon American society. Even though Franklin’s Albany Plan had failed, the military struggle had forced the colonists to cooperate on an unprecedented scale. It also drew them into closer contact with the mother country. They became aware of being part of a great empire, but in the very process of waging war, they acquired a more close sense of an America that lay beyond the plantation and villages. Conflict had carried men across colonial boundaries exposing them to a vast territory full of opportunities for a booming population. The war trained a corps of American officers, people like George Washington who learned from firsthand experience that the British were not invincible.

Our text gave us an outline of what happened. Brumwell gave us an insider’s look through the eyes of a commander that waged a battle against the Abenakis. The author writes well and his writing is very fluid and well paced. I like that he used very intriguing details. Brumwell shows well how Roger’s was a man of action but that his group was costly and ill disciplined that sustained heavy casualties and made many crucial errors in judgment, had serious intelligence leaks and had high casualty reports throughout their careers in the Seven Years’ War. But the author shows how Rogers still had personal bravery and heroism despite his records. But readers might consider this to be somewhat overshadowed by the reputed murder and cannibalization of a captured Abenaki woman by Rogers on his retreat from Odanak is best understood as a reflection of Roger’s moral courage to keep his men alive (Brumwell, p. 231). Roger’s postwar career was mired in struggles with debt, charges of treason and alcohol. Brumwell still is able to show the significance to North American Military history and makes a persuasive case for the larger significance of the raid on Odanak in the final phase of the Seven Years’ War. The destruction of the home village of a prominent Native nation allied to New France played a key role not only in the Subsequent Anglo-American diplomacy that separated many Native American Allies from Canada in 1760, but also in the unprecedented wave of settler expansion into western Abenaki homelands during the 1760’s. 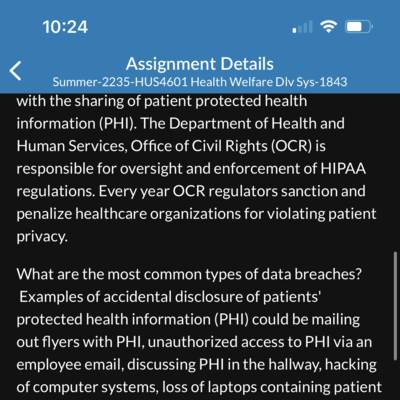