Why is there more violent and aggressive behavior

Today more than ever, violence committed by the young is rampant. School shootings have been repeatedly occurring. School bullying continues to be a problem on the rise. Fraternities are also becoming a major problem. Individually, small-time violence has been happening all throughout. The families, friendships, and organizations with which the young are members are becoming prey to violence everyday. Why has the youth of the United States become violent and aggressive?

"Why is there more violent and aggressive behavior" topic?

In 2003, there were 9.6 million arrests made according to the FBI Uniform Crime Report. Sixteen percent of these arrests involved persons under the age of 18. Five percent were not even 15 years old yet. (Asher, 2006) This shows how serious the problem is. Juvenile delinquency is becoming a major issue in today’s society. Despite programs that aim to alleviate the worsening problem, the issue goes deeper and grows sturdier.

When the kids go astray, it is the parents to blame. Often, the thing that is always put into question is the parenting style which reared the children. They define the success in which he children turn out to be. They also explain how a child turn young adult can dwell into violence and aggression.

By principle, there are three parenting styles. The first one is the authoritarian parenting. With this kind of parenting, the parents put control over the child and initiate a set of rules that should be followed. Often, there are punishments for disobedience. This puts more pressure into the child to be obedient. In some cases, it results otherwise. Because the parents are overdoing protection and discipline, the young can become rebellious and do what is contrary to the principles set by their parents. (Parenting, n.d.)

The second parenting style is authoritative. Many confuse this with the authoritarian parenting style, as both come from the root word authority. However, looking at their definitions can bring about the truth behind their differences. Authoritative parenting, also called equalitarian parenting, engages the child to be part of the decision-making process. With this style of parenting, communication lines are open and the child is a part of the sorting process for circumstances and situations before punishments, if any, are given. Studies prove that this is the more favored parenting style and that children who grew up in this parenting scheme are more compassionate, calm, and collected. (Parenting, n.d.)

Lastly, there is permissive parenting. This type of parenting puts little control over the child. This type of parenting occurs when the parents are too permissive and submissive to their children. Oftentimes, children are allowed to decide for themselves. Scholars believe that children who grew up in this kind of environment lack self-discipline late on in life. ‘Parenting, n.d.)

Interestingly, Smith (2004) claims that the parenting style of a couple may affect the child’s risk of being involved in violence or aggressive behavior later in life. Neglect, poor parental supervision, excessive submissiveness, and lack of control over the children are just some among the things that put children at higher risks of aggressive behavior, and alarmingly later on criminality. In fact, in a study conducted to the parents of 39 juvenile offenders, 46% were using authoritarian parenting, 29% were authoritative or equalitarian in their parenting style, and 25% were utilizing permissive parenting style. (Asher, 2006) This further proves that children who grew up with authoritarian parents have more possibility of becoming aggressive later in life.

Psychology also plays an important part in the development of violence and aggressive behavior among the youth. The way the children’s thinking is shaped affects the reactions, actions, ad behavior that he begets for responding to different situations. For instance, if a child grew up seeing their dog being hit aimlessly he will develop a mind which is used to seeing dogs being hit. This mindset will be brought along by him until he reaches an older age. When this happens, it becomes harder to correct.

The way in which the family moves influence the way in which a child grow. So, as adults, their past experiences say if they are to become peace-loving or the contrary. The school likewise shapes the way children thinks. The way they are treated inside the classroom by classmates and teachers equally affect their psychological upbringing. Heck and Walsh (2000) agrees by saying that children who grew up with harsh behavior and maltreatment are more likely to have violent delinquencies later on.

Considering these factors, it may suffice to say that violent behavior is learned. Whether it spawned of family experiences, parental conflicts, school experiences, and other environmental factors, the bottom line is that the youth is becoming violent depending on the world that they grow up with everyday. Thus, if the world teaches about aggression, the child adapts the concept. In the process, he radiates this concept to others through equally violent behavior.

Parental guidance is especially important with the use of the media. Whether it is print, radio, television, or internet, it is worthwhile to consider that these media are widely available for access by the youth. These media also cater, quite easily, to violence. Programs discussing and sampling aggression is being shown daily. Violence has become a fanfare.

Culture then takes a spotlight. As the media, the families, schools, and other environmental factors promote violence, the more the child imbibes it—the better chance he will live with violence and aggression through the rest of his life. This has become his immediate culture, and this will become his own culture as well. Unless otherwise remedied, it can lead to criminality.

Anne Frank became famous for saying that people are really good at heart. This is true. People have an innate nature of goodness. While humans are not perfect beings, they are born from and through goodness. This has been proven by both divinity and science. Thus, violence is not brought about by personality. On the contrary, violence is the one which changes a person’s personality.

Violence is a cause for concern, and it is a major problem in itself. It leads to loss of lives by innocent victims, it harms and damages, it breaks families, and it shatters lives. Thus, violence should be mediated upon if not eliminated from its causes. If families, schools, and the community enable a nurturing environment, violence and aggressiveness may be lessened, and fewer people will develop the tendency to adapt them. In the end, there will be no more school shootings, less bullyings, and fraternities will be able to promote real brotherhood that finds no sense for hurting others. 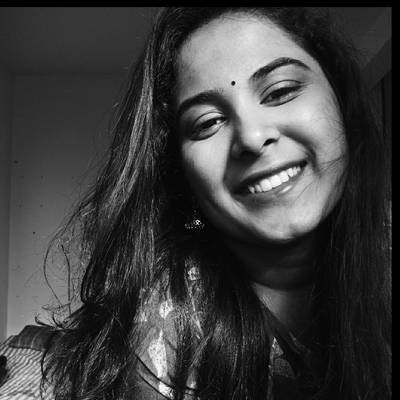