The problem statement for Franklin's study was: The factor of teacher preparation may not be the critical factor in the use of computers in the classroom, as other factors may take dominance. Franklin points to the importance of IT to be incorporated into all aspects of the curriculum for recent graduate teachers given that interactions with computers have been correlated with future pedagogy orientations. Evidently, to ensure the best preparation of future teachers for the elementary classroom it is necessary to identify factors which impact on their learning of classroom technology, and subsequent integration of computers into elementary curriculum.

The dependant variables in this study were the graduate responses on the survey for the four factors (access and availability; preparation and training; leadership; and time). The independent variables were naturally occurring individual differences as determined by the graduates' demographics (e.g., age and gender). The theory guiding this study was constructionist in orientation. For example, Franklin cites Becker (2000a) as concluding that those graduates' best prepared for use of computers advocated constructivist pedagogy. This is evident in that the interactive experience that computers contribute to learning enable practical application of knowledge in real-world situations in real-time; the emphasis on social learning through collaboration and negotiation; and teachers become facilitators not "experts" allowing students to take more responsibility for their learning and to discover for themselves the answers to problems (Richardson, 2003).

The literature review was comprehensive in that it mentioned pertinent studies and University programs relevant to the aim of the study. Further, the review identified gaps in current knowledge (teacher preparation and other influencing factors have not been explicitly compared previously in the one study) and placed this study in the broader field of undergraduate teacher preparation. The references were up to date, concise and contributed to the reader understanding why Franklin chose the research questions and methodology that she did. The study design was a survey method providing a multivariate analysis, quantitative in nature (as responses to the four factors were predominantly scaled questions). This was an appropriate design as Franklin wanted to measure the perceptions of graduate teachers. Scale items allowed for identification of agreement or disagreement as well as strength of the response. At present, surveys are one of the most reliable ways to measure perceptions.

Threats to internal validity include; the self-report nature of the survey, which allows for personal biases to influence responses; and the survey was self-constructed and so has not been tested with regard to its internal reliabilities such as through test-retest, split-half reliability or internal consistency. External threats to validity include; low power in that there was a small sample (n=68) that has meant low generalizability of the results; and that there was no random selection of participants, meaning that graduates who chose to respond to the mail-out may have characteristics that make them diametrically different to those who did not respond, and so skew the data.

The sample of n = 68 was large enough to obtain descriptive information about graduate teachers perceptions and use of computers. The sample was representative in that only graduate teachers (from 2000-2002) who lived and studied in the USA were eligible to participate as they were "beginning teachers". As the graduates were geographically dispersed a mail-out survey best suited data collection, an email may have resulted in a smaller sample as not all graduates necessarily are teaching/have access to email.

The extraneous variables for the study were; graduates who were not presently teaching (controlled by asking only those teaching now to fill in the survey); an existing small population (controlled by using mail-out and not email or pick up surveys); differences in interpreting the survey questions (controlled with a modified pre-test and interviews to determine ambiguities and misunderstandings in item wording). The survey instrument was constructed by Franklin specifically for this study. The reliability for the survey was justified by it being based on the validated instruments by Becker and Anderson (1998) and the NCES (2000). Both measures have been used extensively in education research across age groups. The instruments both measure teacher computer use which makes them highly relevant to informing this study.

Data collection procedures were appropriate in that mail-out allowed access to a dispersed population, and allowed measurement of their demographic details and perceptions. As a mail-out the confidentiality and anonymity of the participant was maintained. However it is not made explicit if participant's informed consent was obtained, such as explaining that they could withdraw at any time without penalty and that their responses would be de-identified by use of a participant number.

Data analysis procedures were adequate in that they were suited to the multi-variant nature of the data. As such, descriptives provided percentages of graduates who; returned their survey; were eligible to take part in the study; graduated across the time-frame to be eligible; were aligned with a particular pedagogy orientation; perceived that they were/were not prepared to use computers; and who were prepared as an undergraduate or through professional development. The parametric regression analysis allowed for analysis of the multivariate quantitative and qualitative variables. The factor analysis provided insight as to whether identified factors aligned with factors extracted from the actual data. These tests helped to answer the research questions as the descriptives explored if differences and different groups of graduates existed; and the multivariate tests informed on whether relationships actually existed amongst variables (factor analysis), and if any one factor could predict use of computers in classrooms (regression analysis).

The strength of Franklin's study is that she attempted to compare factors identified separately in previous literature as influencing graduate teacher use of computers in the classroom. Use of a survey was an ideal way to measure perceptions of graduates, and a mail-out ensured that as many of the population who were eligible to take part were reached as possible.

A distinct limitation of this study is the low sample number, which skewed the data (as most of those contacted were not actually teaching) and meant that the assumptions for using higher order tests such as regression analysis and factor analysis were not adequately met. Hence, conclusions are tentative and not generalizable to a wider population.

In conclusion, the results of this study are valid to the extent that they reflect what is happening for this particular sample of graduate teachers. As such, this sample appears to contain graduates with high levels of perceived preparation and who align themselves with constructivist pedagogy. In these respects, the results form the sample support the findings of prior research as identified in the literature review (c.f., Becker, 2000a, 2000b; Becker, Ravitz, & Wong, 1999). It meets the face validity test in that those prepared for use of computers would be expected to use them. 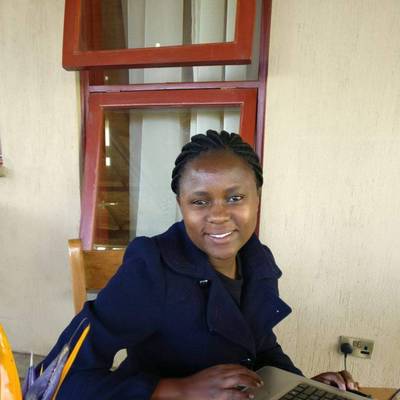